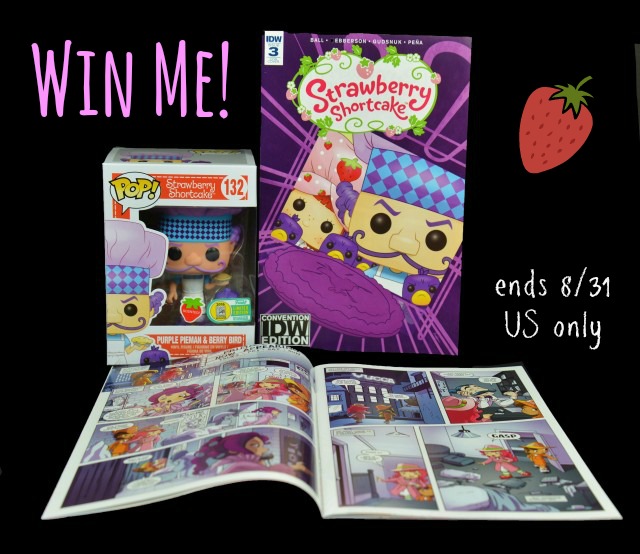 Strawberry Shortcake and her berry best friends took a little vacation last week, when they ventured out of Strawberryland to visit the biggest pop culture event in the world: San Diego Comic-Con! And we have a special giveaway featuring two brand-new Strawberry Shortcake items that just made their debut at Comic-Con: 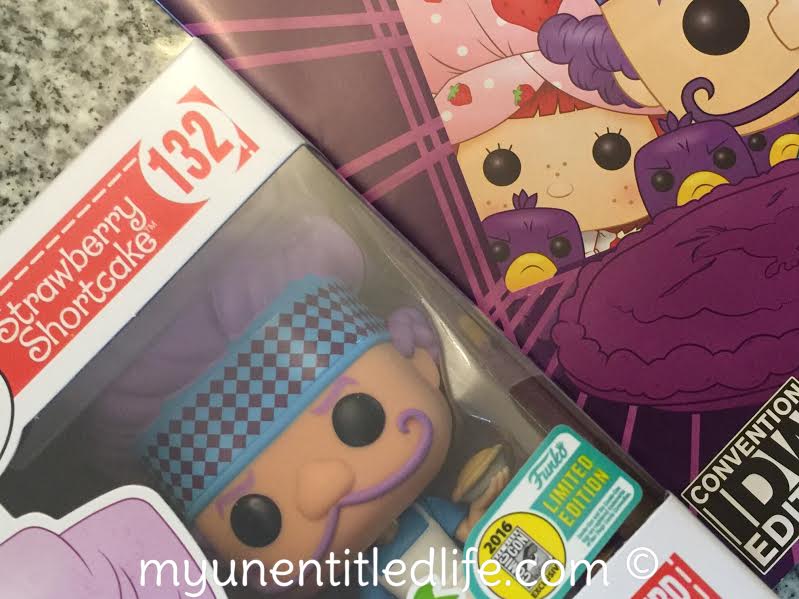 An exclusive, limited-edition Funko Pop! figurine of everyone’s favorite villain, the Purple Pieman and his Berry Bird henchman (henchbird?). Funko Pop! has brought its quirky, big-eyed, vinyl style to characters from Game of Thrones, American Horror Story, and even The Golden Girls. Now these masters of pop-culture immortalization are lending their unique look to Strawberry Shortcake. 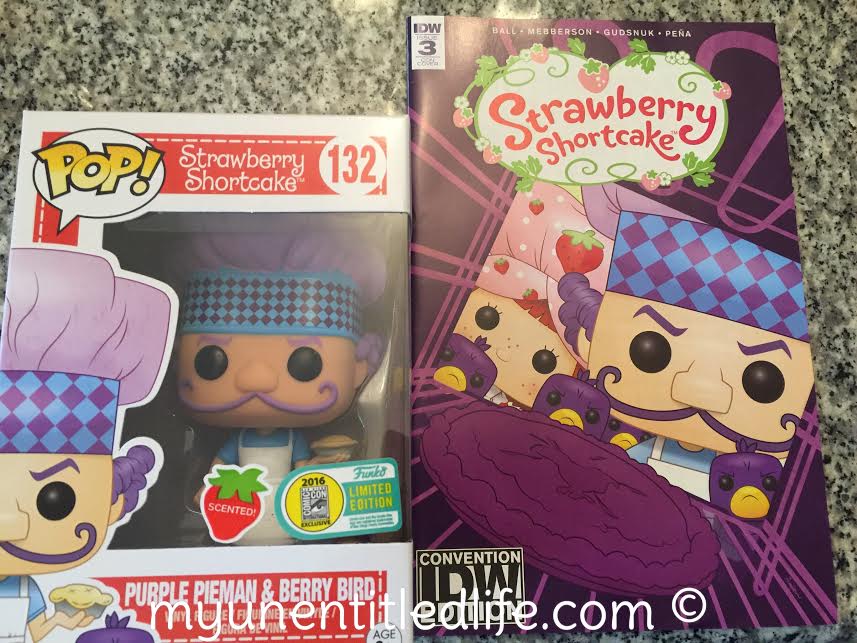 · In addition, you’ll be receiving a Comic-Con exclusive IDW Publishing comic book, containing two original Strawberry Shortcake stories: “The Stuff Dreams Are Made Of,” in which Strawberry has a fantastical dream about becoming a detective with Orange Blossom in order to search for a mysterious suitcase; and “Yes to the Dress,” in which Strawberry and Raspberry help the Sour Grapes twins pick out new dresses. The comic book also features cover art of Strawberry Shortcake and Purple Pieman.

Did you like Strawberry Shortcake when you were growing up?  What kind of memories does it bring back for you?

One lucky winner will recieve the giveaway prize package shown above. 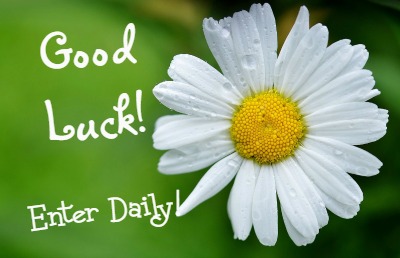