More than ten million kids in the United States have a vision problem which hasn’t been detected. This issue is a serious one since a blurry view of the world can result in your child struggling to adapt in school, reading, and social interactions. If you are suspicious your child might need glasses or even a new prescription, here are some other warning signs to watch for. 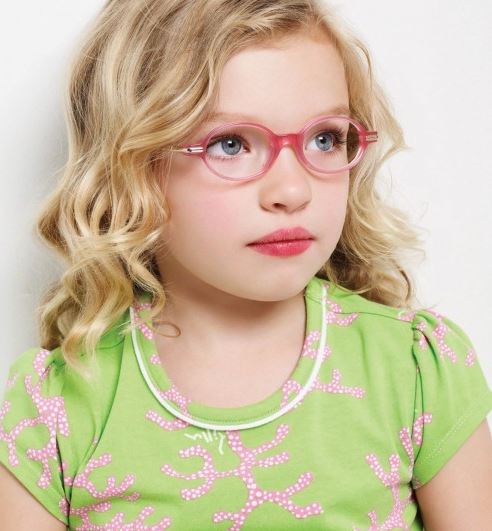 Squinting or Tilting Their Head
While your child may not realize that their vision is imperfect, it’s quite likely you’ll be able to observe their struggle to focus. They may not even realize that they’re squinting their eyes or tilting their head, but doing so is their way of trying to see more clearly. If you notice habits that have to do with focusing, it might be a sign their prescription is changing or they need an eye checkup.

Sitting Too Closely to Screens
If you notice your kid is constantly sitting close to the television or computer screen, then it’s possible they’re struggling to see. They may also hold mobile screens and books at an odd distance from their face, either pulling it away and holding it at arm’s length or holding it directly in front of their face.
Should you see your child sitting too closely to a screen, encourage them to move back a bit. Some kids sit close simply because they are fascinated by the action on the screen, but others are sitting near because they can’t see well otherwise. If moving away makes it more difficult for them to read text on the screen or identify characters, then it’s probably time to schedule and eye appointment for them.

Physical Discomfort
If your child has always had poor vision, then they probably have no idea that other people see differently than they do. So instead of complaining that they can’t see well or that everything looks fuzzy, they’re far more likely to simply complain of the symptoms which occur from trying to compensate.
Headaches can be caused by the constant tension of trying to focus, and you may also notice your child rubbing sore or watering eyes. According to All About Eyes, both teary and dry eyes are also possible symptoms indicating a vision issue and the need for glasses.

If you suspect that your child needs a new glasses prescription, it’s definitely better to err on the safe side rather than ignoring the symptoms. Living with blurry vision is a struggle no child should have to go through, and getting them corrective help early on in life is important.