There is a game on my phone I like to play where you are trapped in a room, and you have to solve puzzles and problems to escape.  I think this type of game is fun, and when I saw Thinkfun had a version you could play with a group, I was intrigued.  I was not really sure how it would play out, but I knew it was up to eight players.  I invited my mother-in-law, and father-in-law over to join my five for a fun night of being “locked” in a room. 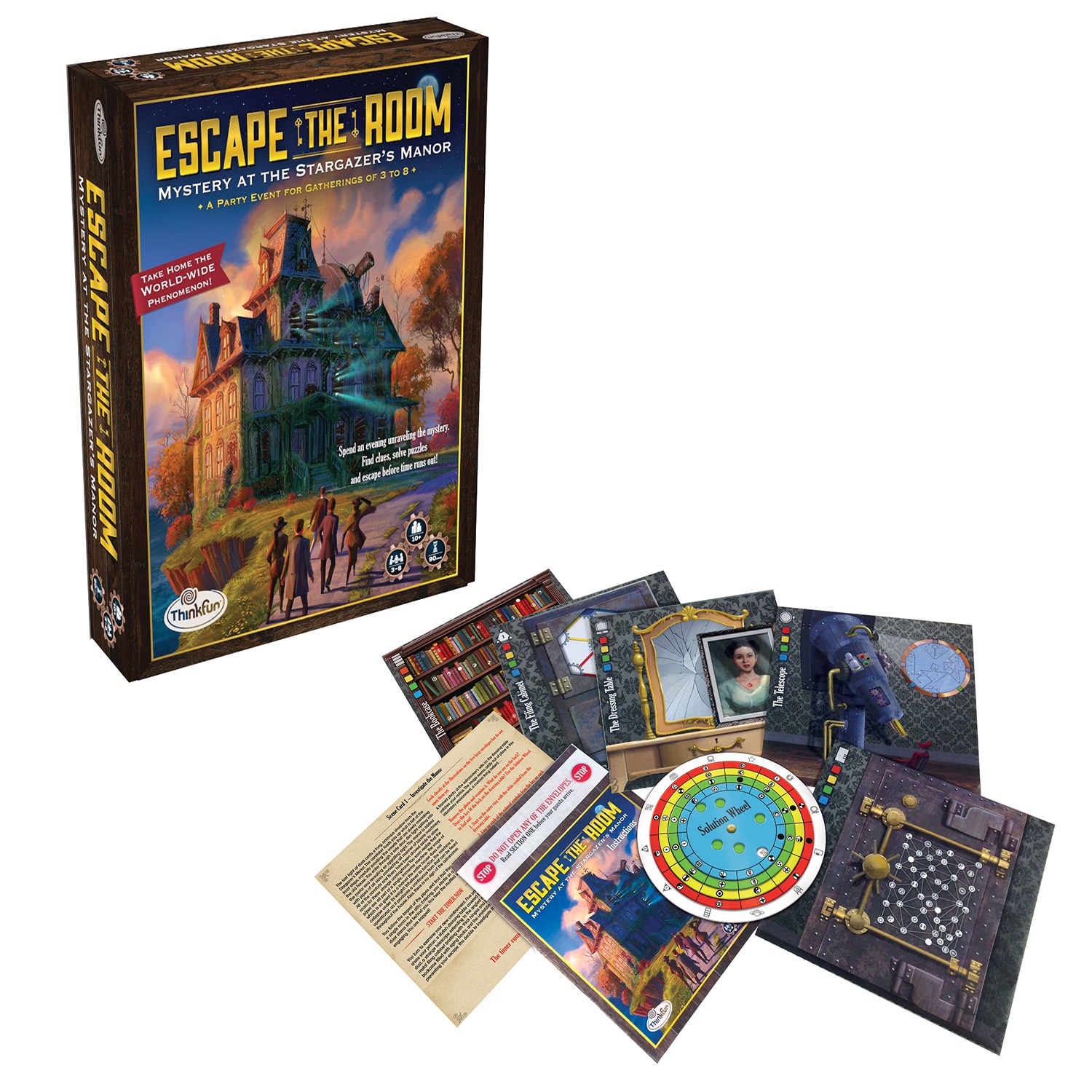 I could not figure out how the game would take the concept to a group level, but they did a fantastic job.  The story takes you to Stargazer Manor in 1869.  An astronomer lives there, but has not been seen since the passing of his wife.  Now strange things are happening at the Manor, and it is up to the players to solve the mystery.

This game had us all thinking and trying to solve puzzles, unlock hidden clues, and solve the mystery.  It was a great experience that took collaboration to work through the clues.  The set up was neat, the graphics were cool, and even the kids were able to play and help.  They actually were quite fast and figuring the clues out.  The host reads some story line and then the game begins.  Of course there is no actual room you are trapped in, but in the game you are in a room.  You have a time limit to escape, or else.  We made it under the allotted time. 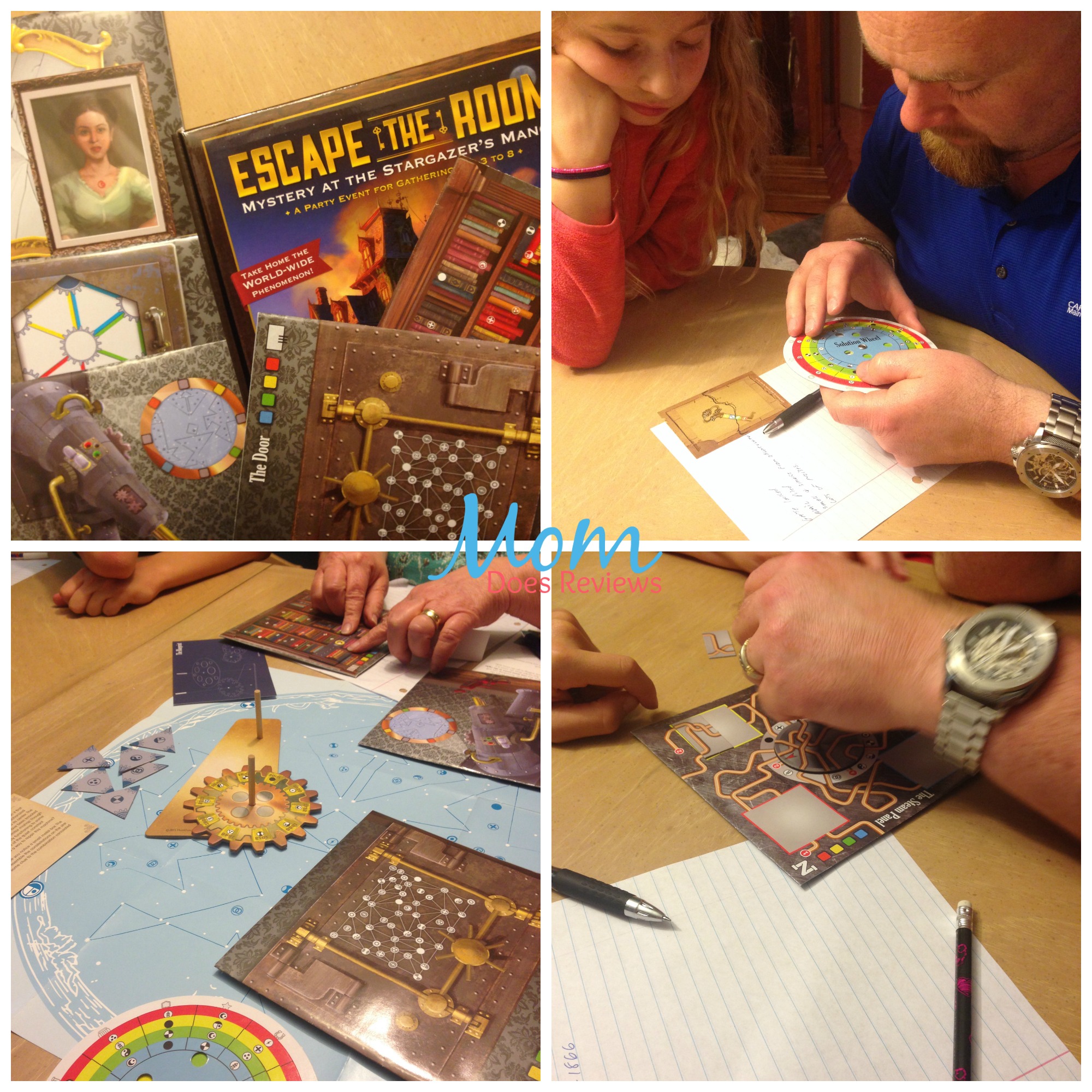 Then there are instructions on how to re-pack all the game up, in order to play it again another time.  You would want to play with a different group though or you all would know the answers.  If you are playing and get stuck there are online hints and clues.

I cannot express how much I enjoyed this game.  I hope they have more to follow this one.  It was a blast, and challenging.  I love when you get to work out your brain.  I also love to see my children engaged, and using their brains.  I think we were all sad when we solved it and it was over.  Great story line, and just really cool puzzles.  I have to admit that we had to get an online hint for one puzzle.

Thinkfun also has a challenging handheld puzzle game called Back Spin.  This brainteaser is double sided.  To solve the puzzle you have to move colored balls from one side to the other.  Both sides twist so you can try to align the right balls with the right colored slot.  This flying saucer shaped puzzle won the Oppenheim Award.  It looks simple, but looks can be deceiving.

I spent a lot of time trying to solve this puzzle.  It was challenging, but at times I just could not put it down.  The kids all took their turn as well.  As a team we were able to solve it after about a week.  I got it to the point were only one ball was out of place.  My husband saved the day and finished the last ball that I could not get no matter how long I tried.

We are going to be driving to Florida in September, and I think this would be a perfect game for the car.  Once it is solved, you re-scramble the balls, and begin again. 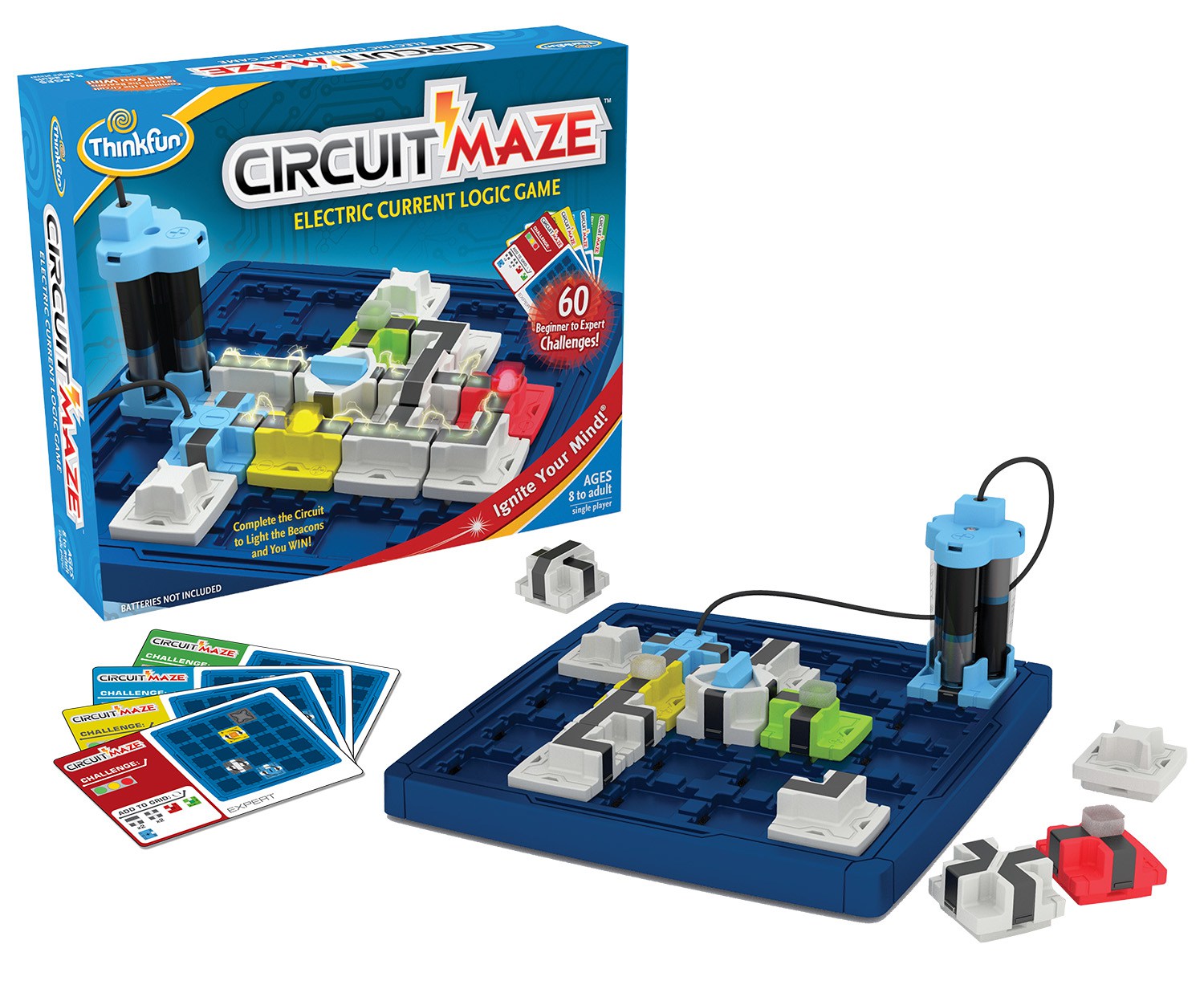 Circuit Maze is another brain challenging game.  Thinkfun is great about creating quality games that are more than just time fillers.  They help develop skills in logic and reasoning.  This game also helps teach concepts of electrical engineering.  The goal is to create a real circuit that will light up different colored beacons.  If the tokens are arranged correctly the beacon will light up.  This game comes with 60 challenges in different skill ranges for hours of fun. 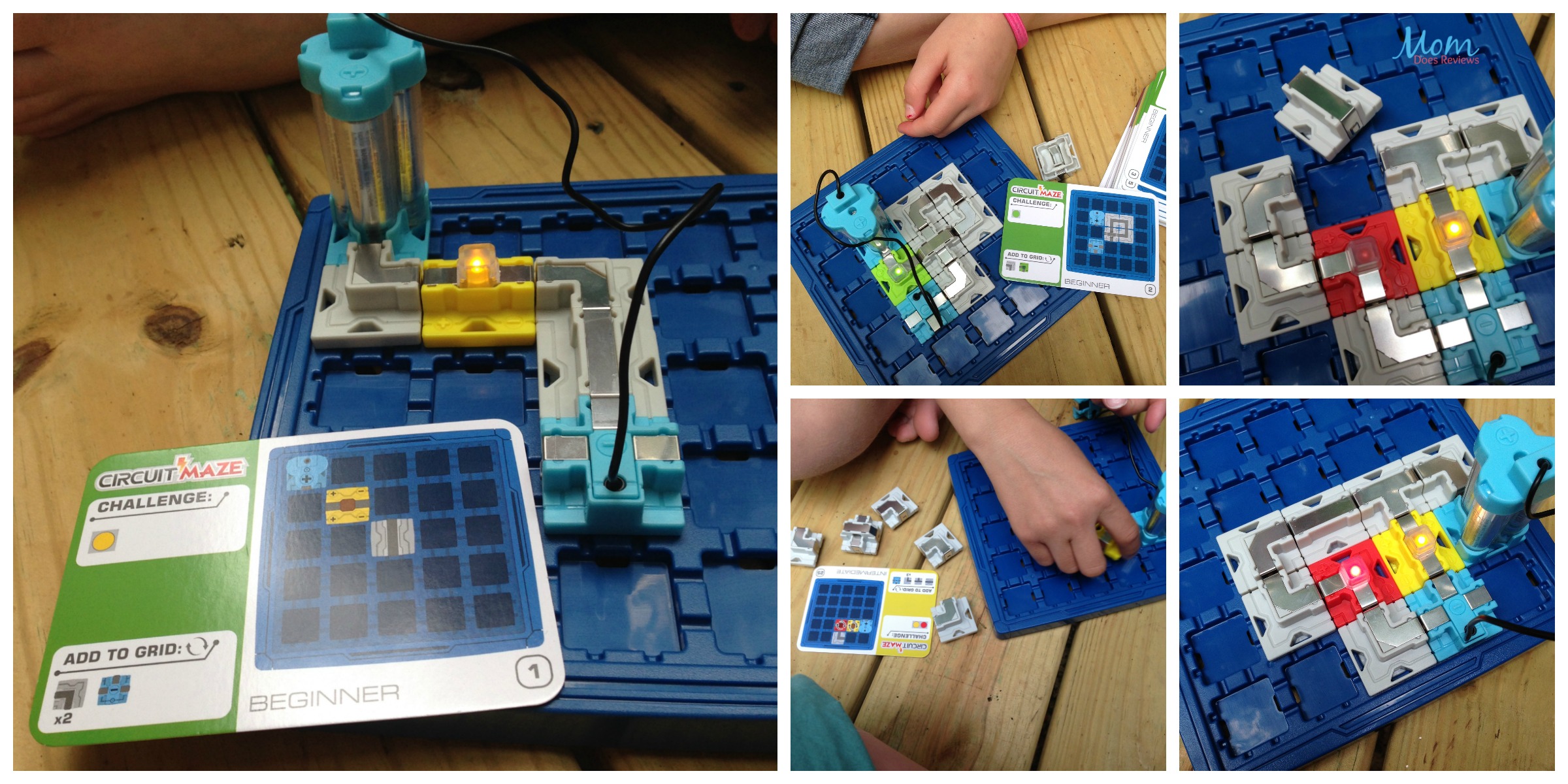 We all took turns on this single player game to solve the challenges.  It was neat how it all worked.  Then my son took off with it into his room, and was gone for over an hour going through the most complicated cards.  He was so pleased with himself when he was able to do the harder cards.  It helps teach the kids basic elements of circuits, like negative and positive flow.  A great way to sneak learning into a fun, puzzle game.

These three new Thinkfun games will give you hours of valuable entertainment.  I have not seen or played a Thinkfun game that was not well designed and thought out down to the smallest details.