They’re small….they’re mighty….THEY ARE SUPER WINGS! These are the cutest little planes I’ve ever seen! And they have their own cartoon on Sprout?! Could it be any better for your toddler?

Super Wings toys are made by Audley Toys North America, which is a North American Company that is owned by a parent company based in Asia, Alpha. Alpha was founded in 1993.  These sweet little planes appeal to both boys and girls and are chunky enough for the smallest hands. Transforming Super Wings are so neat because they can be a plane, and with a few easy moves, the plane becomes a robot. How fun is that? 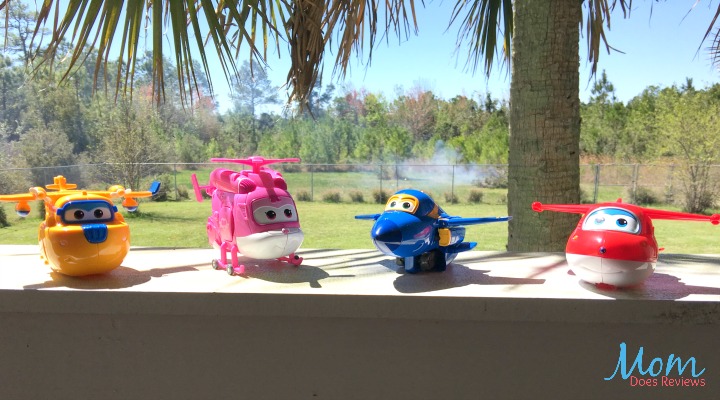 Transforming Super Wing are made for children 3 and up, they convert easily and there are no batteries required. And, moms….you know what that means? No noises except the sound of giggles, laughter, and imagination!

I was sent four of the Super Wings to try out. Having a son, I know that little ones, even girls, love toys that require a little imagination. The fact that they have their own cartoon makes it even better. Kids will want to have their Super Wings while they are watching Super Wings! 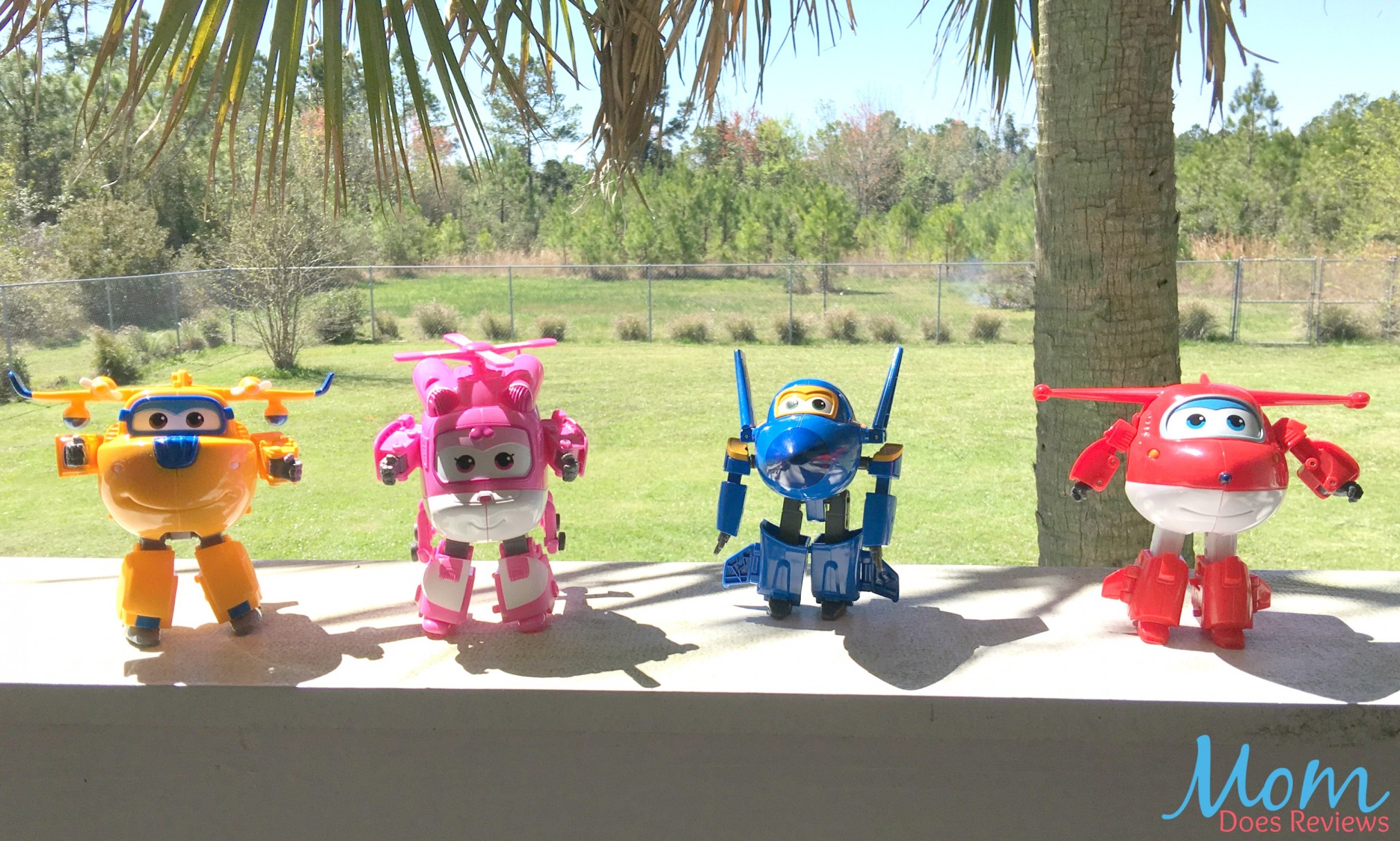 The problem with other transforming toys is that they are hard to change from one form to another without instructions. Super Wings come with instructions, but you won’t need them. The planes turn into bots in 10 steps or less. And those steps are so easy and smooth, anyone can transform them. 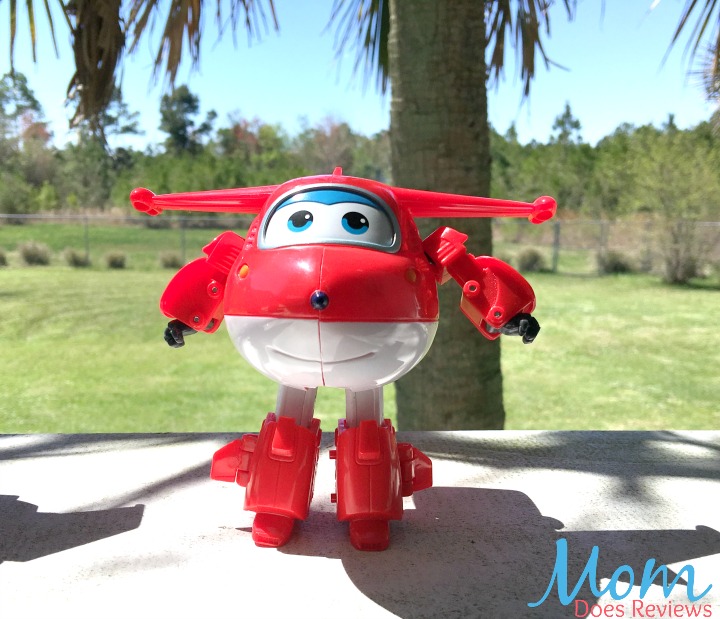 Jett is a lovely red plane whose more like a traditional plane. The bright red color is sure to get your toddler’s attention. He becomes a bot by simply snapping his legs down, the landing gear up, flip in the back wings, and pulling his arms out. 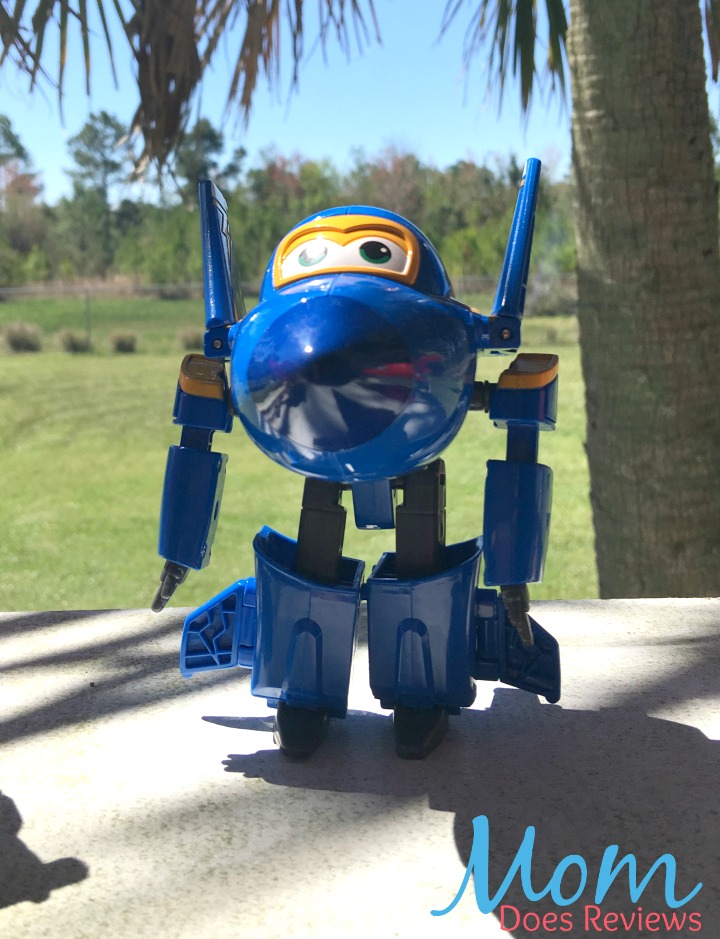 Jerome is a blue and yellow fighter jet. He’s serious but fun. He has a serious eye for the sky. He transforms into a bot by merely lifting his wings up, pulling his arms down, push the landing gear up, since his legs act as the back of the jet, they just snap apart and the back wings lift up. 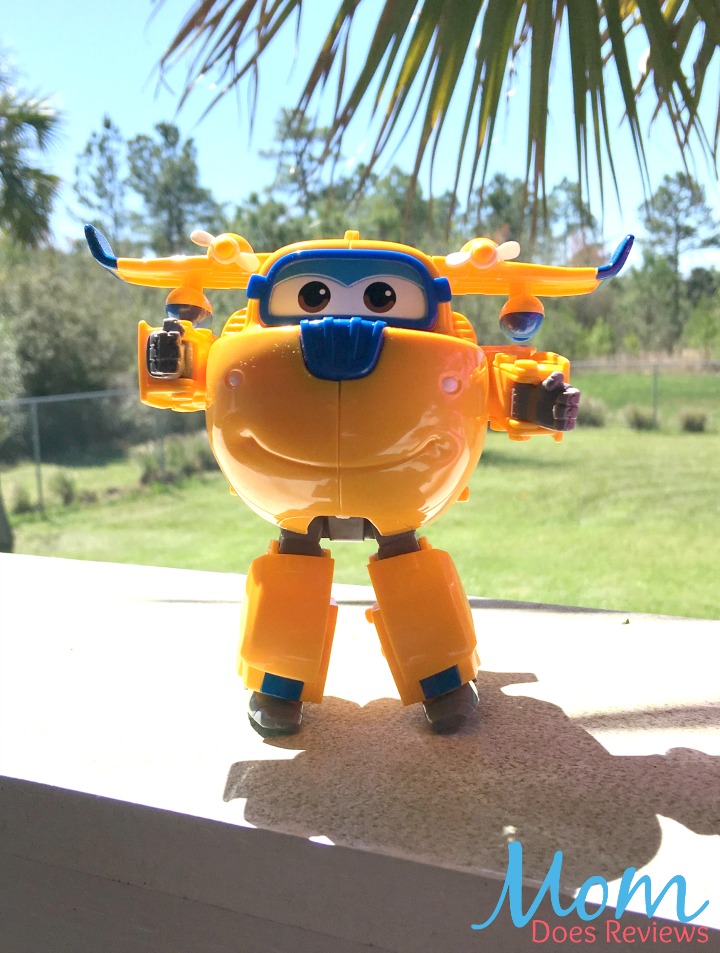 Transforming Donnie is a mostly yellow plane that looks like he could get into some trouble if left to his own devices. Donnie transforms easily by snapping his legs down, popping his arms out, hide the landing gear by snapping it up and laying the tail down. 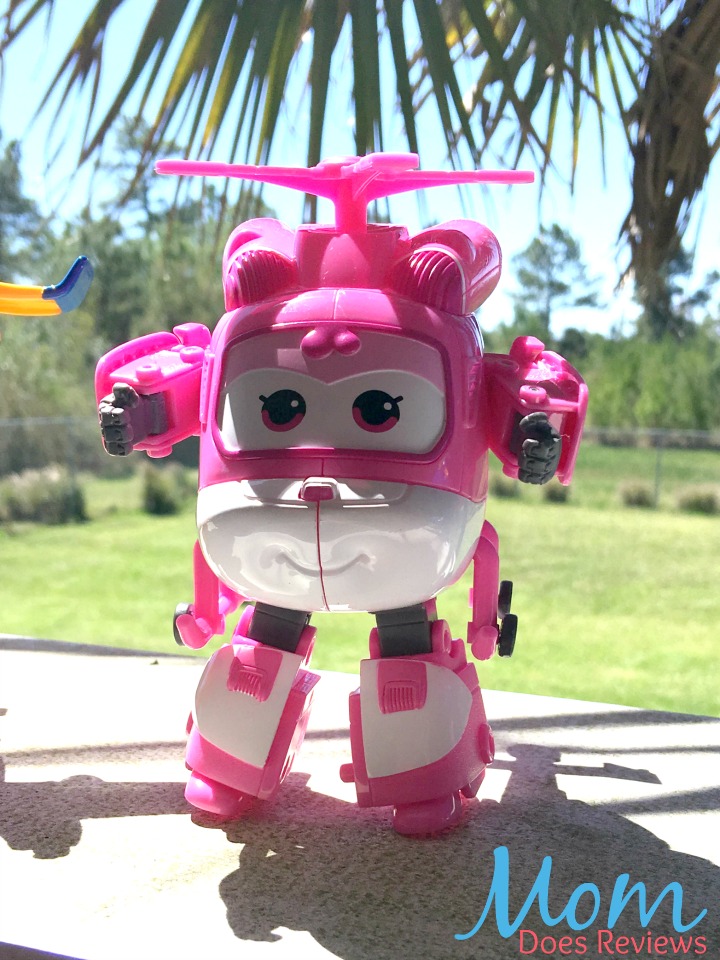 Sweet, pink and feminine describes the pink helicopter, Dizzy. She has the sweetest face and looks like she may run the whole crew. Dizzy is a helicopter that transforms into a robot just by making her feet from the landing gear, pulls her arms down from their storage area on each side, pull her legs down from their hiding spot under the cab of the helicopter and put the tail down in the back. Simple! And if for some reason an arm pops off, it just pops back on easily!

If you are looking for the perfect gift for the toddler in your life, check out Super Wings Transforming Bots. They are easy for little hands to grip, doesn’t have small pieces and will give your toddler hours and hours of fun, imaginative play time.

Visit them online or social media!

We have added Super Wings to our Outdoor Adventures Guide! 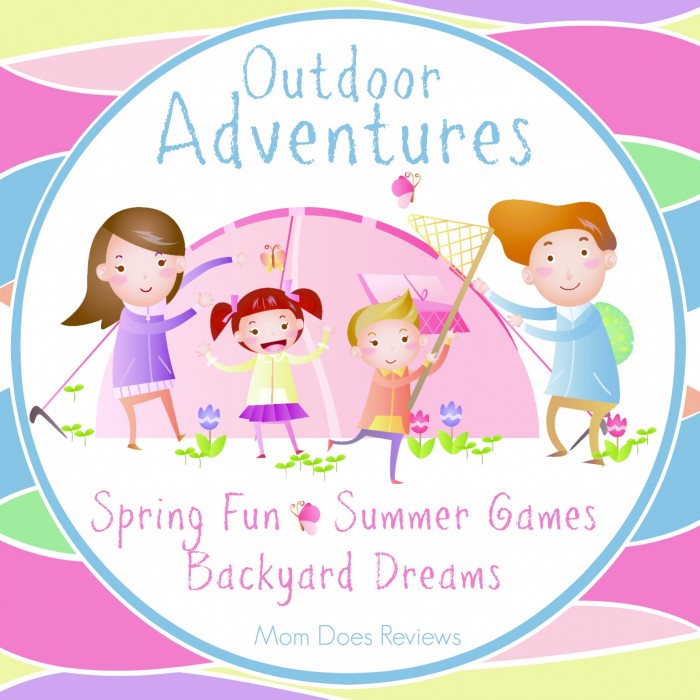