Mom Does Reviews has an exciting announcement for you about the Amazon Original Series, Tumble Leaf!  Season 2 will be available for Prime members starting May 6th! If you haven’t had a chance to see the show yet, you will be quickly inspired to foster an environment for your child’s lifelong creative learning.  Fig goes on so many natural learning experiences that will captivate your child.  My five year old has learned so much from watching Tumble Leaf that he cannot wait to go outside to find his own new adventure to “figure out”.   This show is much more than I could ever have hoped for when I signed up for Amazon Prime!

New episodes from the second season of Tumble Leaf are set to debut on Prime Video Friday, May 6th

One of my favorite ways to teach my children at home is by allowing them to explore the world around them and find solutions on their own.  As parents, we often want to make life as easy as possible for our children, but figuring things out is one of the best ways a child learns! That is exactly what Tumble Leaf teaches children.  Fig and his friends don’t stress over not having the answers to problems — they use their head to find a solution.  When they do, they learn great new things about nature, science, and the world.  Does your child’s favorite show teach them through play like Tumble Leaf? 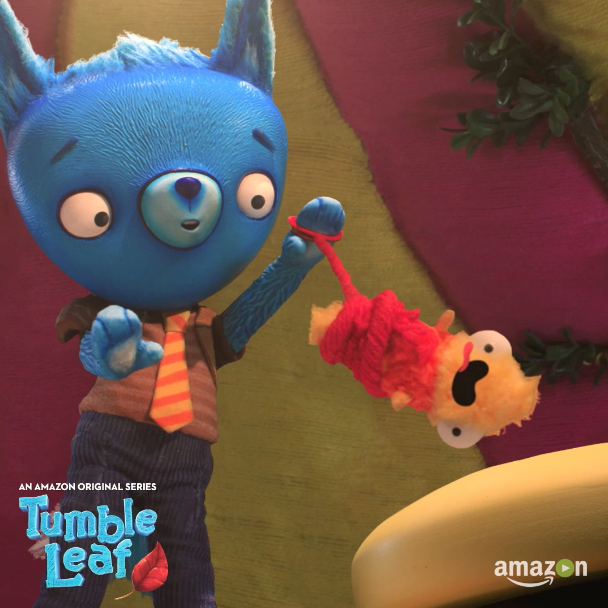 Something I noticed about Tumble Leaf that I really like is that the characters don’t over speak and the show doesn’t move too quickly for viewers to comprehend what is happening on the screen. Much like a storybook that is being read aloud, the characters move at a pace that is pleasing to the mind and not overwhelming.   I believe this is one of the many reasons why Tumble Leaf has been so successful. Children are not only given an entertaining show to watch, but also an opportunity to learn from it.