A new study released by the Center for Cyber Safety and Education revealed that most parents of elementary and middle school students in the U.S. are not aware of the risks their kids are taking online. The Children’s Internet Usage Study compared the self-reported online behaviors of kids in grades 4-8 with their parents’ perceptions of their behavior.

The findings show that kids spend more time online and remain online much later during the school week than parents realize.  They visit sites their parents wouldn’t approve of and engage with strangers online and offline more frequently than their parents know – despite receiving instruction on the safe use of the Internet.
•    40 percent of kids surveyed said they connected with or chatted online with a stranger.
•    21 percent took the relationship a step further and spoke to a stranger by phone.
•    15 percent tried to meet with a stranger they first encountered online.
•    11 percent actually met a stranger in their home, the stranger’s home, a park, mall or restaurant — often accompanied by a friend.
•    30 percent reported texting a stranger from their phone.
•    25 percent revealed their phone numbers to a stranger.
•    6 percent revealed their home addresses. 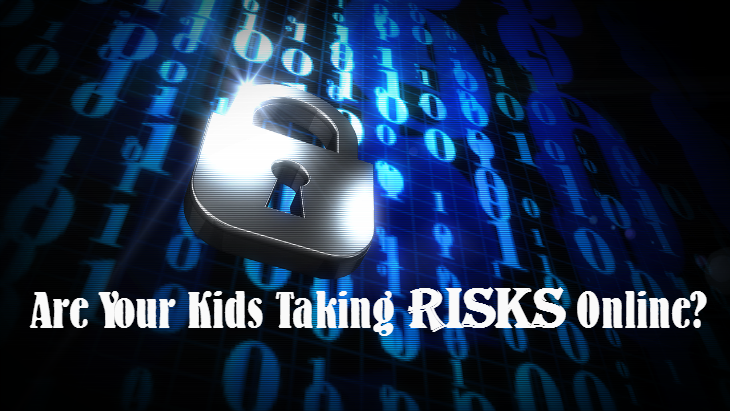 “Though parents are teaching their kids about Internet safety, our study finds they are not always vigilant in their follow through,” said Patrick Craven, director of the Center for Cyber Safety and Education and parent.  “We’ve seen too many reports of young lives cut short or severely impacted and identities stolen as a result of unsafe online behaviors. With kids accessing the Internet from so many types of devices, parents need help to closely monitor their online activities and alert them to new threats.”

What kind of online access do your kids have?  Do you monitor their activities?  Do you know what social media sites they use?  Ask them if they use SnapChat, Vine, and any other social media app.

We have an agreement with my son- we can look at his phone anytime, no questions asked.  He has agreed and we have checked his phone a few times and we were rewarded with no surprises.

What kind of “boundaries” have you set for your kids?  Let us know in the comments below.