Spring reminds me of when my oldest children were young and I would take off with them to South Florida to visit family each year.  Since my bunch was the only young children in the family, I had to travel with everything they would need – travel toys, inside toys, beach toys, bottles, sippy cups, diapers – everything!  Upon arrival my hosts would come out to my SUV to checkout my creative packing skills.  They were mystified that I made it possible to bring a large beach wagon, sandbox toys, floaties, beach chair, two suitcases, standard size cooler, bags of groceries, a stroller, blankets, pillows, and stuffed animals with you to visit family in your small SUV.

It has been several years since I made these trips, but I still practice my packing stills regularly — especially now that my children have grown, doubled in quantity, and my cargo space has been cut in half.  Most of the “toys” we bring with us anywhere must be able to fit under the seats in our SUV.   That’s why I’m looking forward to Flagger Jack.  The entire game can be zipped up and tossed under the seat, in the glove box, or center console.  You can take it with you anywhere or keep it handy all the time. 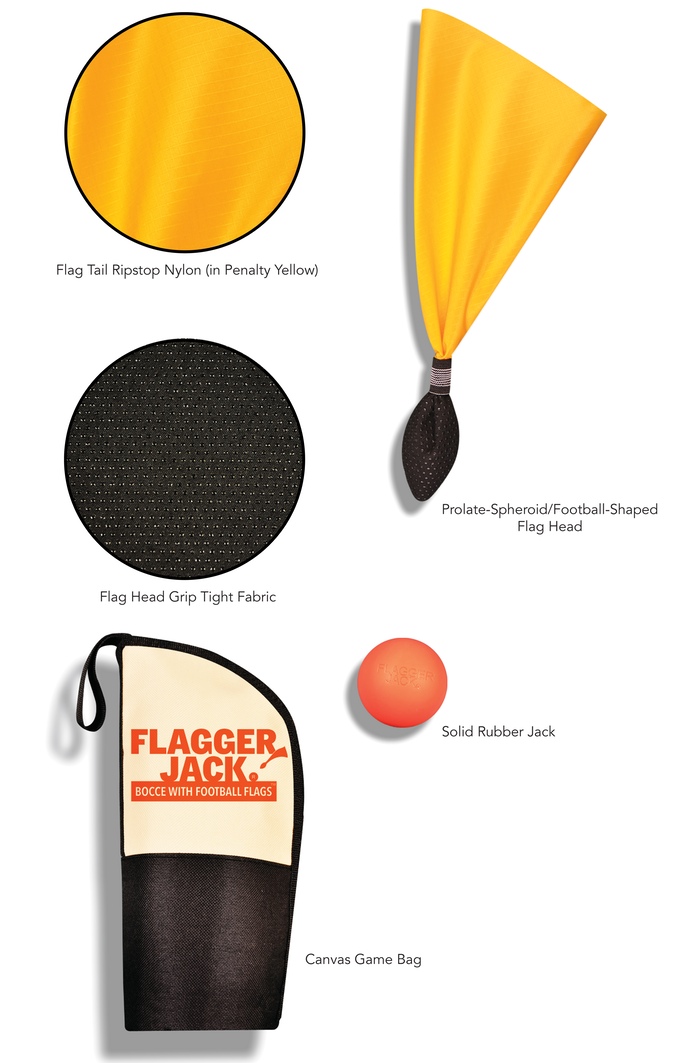 Have you ever watched professional football on TV and thought tossing the flag onto the field must be the best game ever?  That’s where Flagger Jack came from. It uses enhanced versions of referee and coaches’ challenge flags, but unlike football, Flagger Jack can truly be played anywhere!

2. Decide what point total you are playing to. Games are played to 21 points, but speed games can be played to 14 or whatever value is agreed upon.

3. Decide who is going to throw the Jack first.

4. Throw the Jack to begin the game. The Jack can be thrown any distance or direction. Use the terrain in your game play space to challenge your skills.

5. The player that threw the Jack also throws the first flag. From the position where the Jack was thrown, Player #1 throws at the Jack.

7. After all the flags have been tossed, walk to the Jack and score the round according to the “Scoring the Game” section of these rules.

9. Win by reaching the agreed upon point total first. 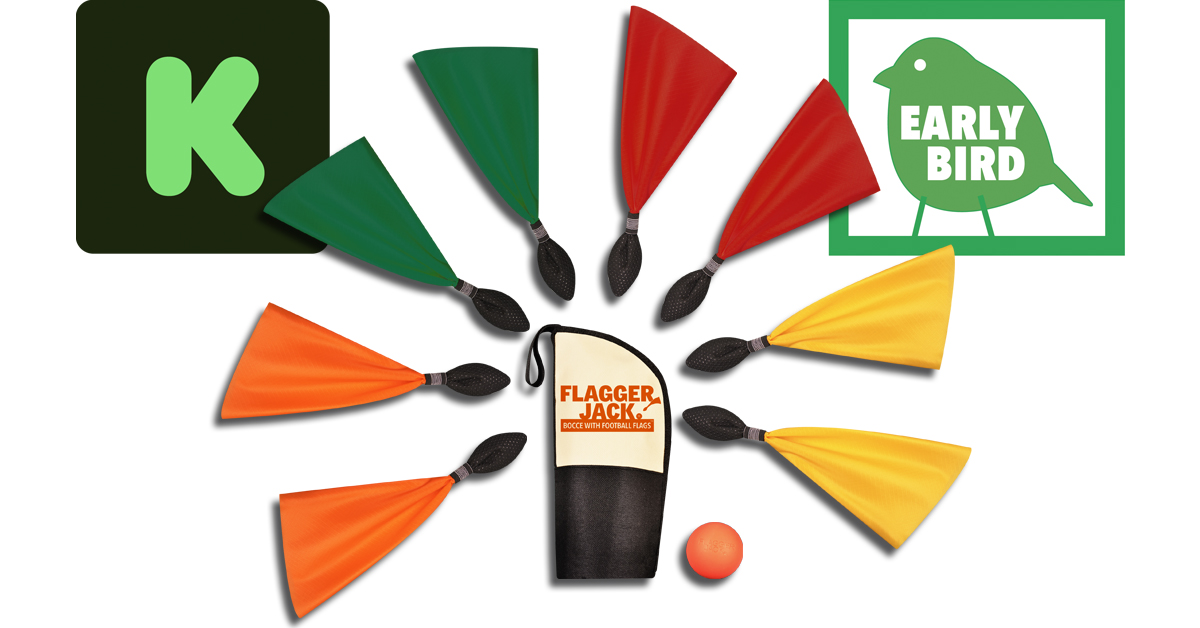 Grab an early bird special for as little as $17!

You can grab an early bird special of Flagger Jack by contributing to their Kickstarter campaign for as little as $17!  Contributor offers are limited. Reserve your set now before all options are gone!

Contributor packages are expected to ship this July allowing you to

enjoy your first game of Flagger Jack before the summer ends!

Grab your set on Kickstarter today! 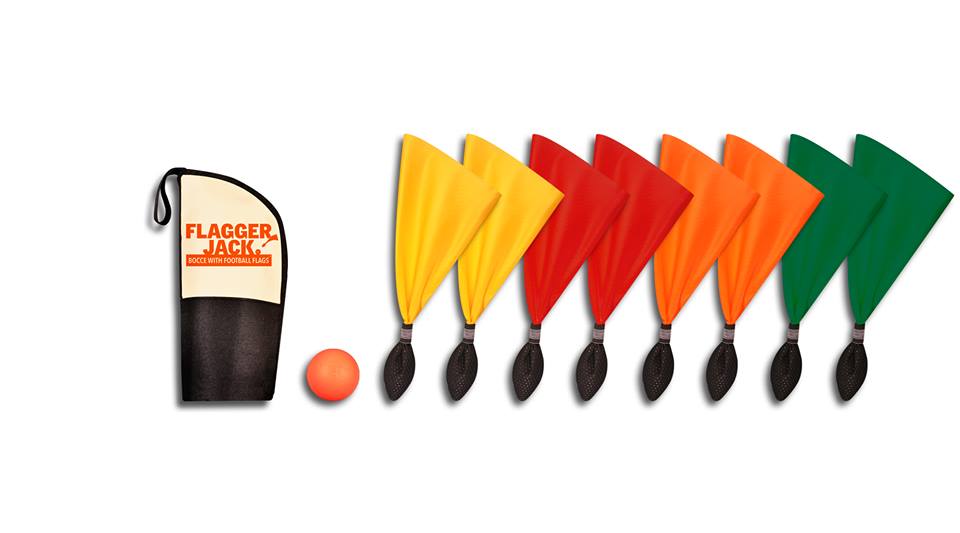