Counting Parrots is a Math application designed for young children, ages three to seven, that allows children to learn basic match techniques while counting parrots!  I love that this app was designed with children in mind.  The navigation is simple, the parrots are fun and colorful, and lessons are short. 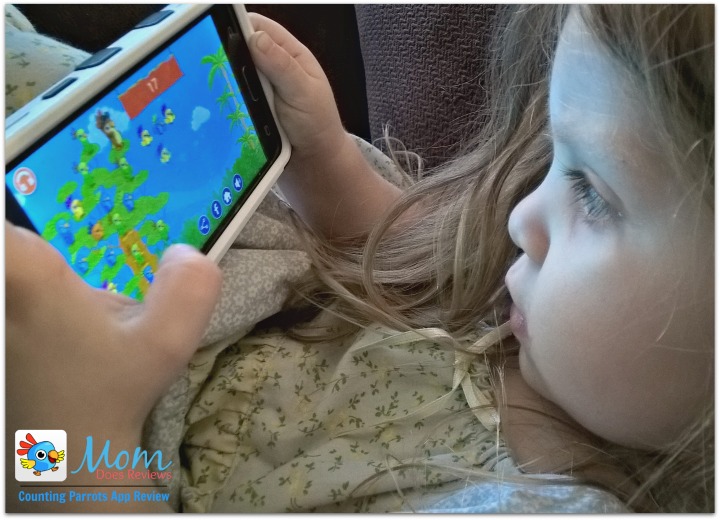 The children have a goal – they must teach the parrots to fly. They share in the success with animated celebrations that let the child know he has “won” the game. Each time they play, they get a different combination of experiences, and the games increase in difficulty as they progress through the series.

The moment you open the Counting Parrots app, it goes directly to a play button to begin.  Children don’t need to choose the lesson type they want from the navigation page (unless they want to).

After the play button is pressed, the lesson begins by playing a counting game.  This game displays a number on a sign at the top of the screen.  Children are to choose any colorful baby parrot they want until they believe they have chosen the amount they have been asked to show.  Once they have their answer, children are to press the brown (big) parrot.  As the child has answered several prompts correctly, the game moves on to then next lesson.  Within fifteen minutes, a child can progress through five levels of math:  Learning Numbers, Counting in Groups, Numerical Intelligence, Addition, and Math Memory. 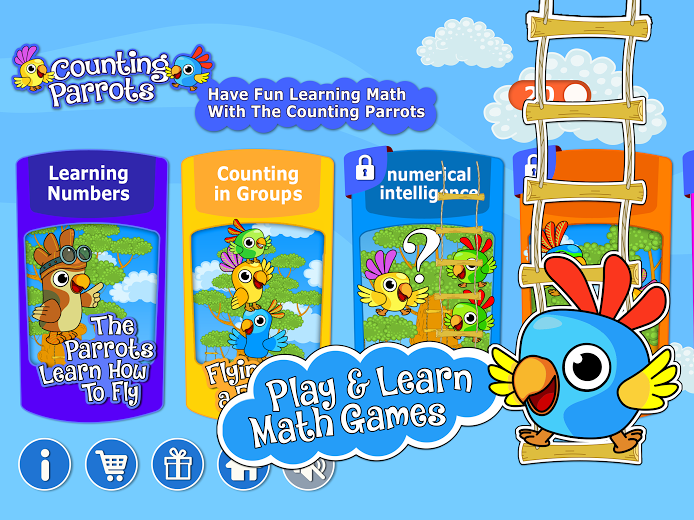 My daughter loves that sometimes the Parrots in the game “meow” like a cat. It was a great conversation opener for us to discuss that sometimes parrots make sounds from other animals.  The first time she heard it, we discussed my Aunt’s pet parrot, Brandi.  Brandi the Parrot barks so loudly that the neighbors have called in complaints about my Aunt’s “dogs.”  She doesn’t have dogs…

I think it is wonderful that Counting Parrots gives spoken commands.  This allows auditory learners to play before they have mastered reading skills.

At the top of the home and navigation pages is a slider button that changes the setting from numbers 10 to 20.  I would like to see their programming include another way to measure a child’s progress.  The app’s default is at up to “20” and that can be difficult for early learners.  What if they don’t know how to change that slider when they begin?

My second change is that the Math Memory Game is difficult to see on a smart phone.  The cards need to be bigger. 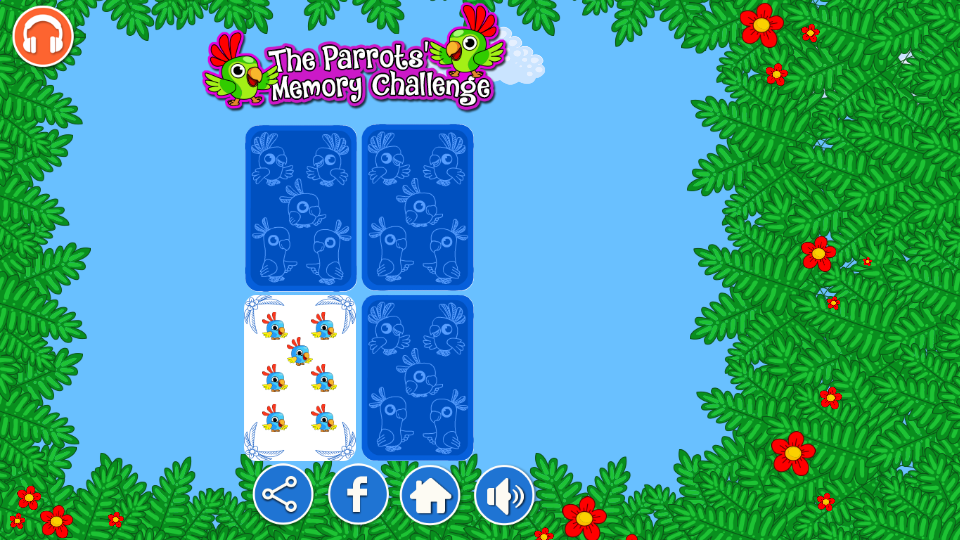 All to often now children’s apps are becoming more social and allow contact with other users.  I am pleased to see that Counting Parrots does not offer, permit, or encourage children to be social with other players/users.

I also, love that there are no ads AND that there is an action/finger movement that will need to be completed before the user can leave Counting Parrots to go into the app store.  For example, the first time I used Counting Parrots I used their free demo.  At the conclusion of the free lesson, I was prompted to go to the app store, but before I could go I had to complete two prompted movements per the instructions written on the screen. 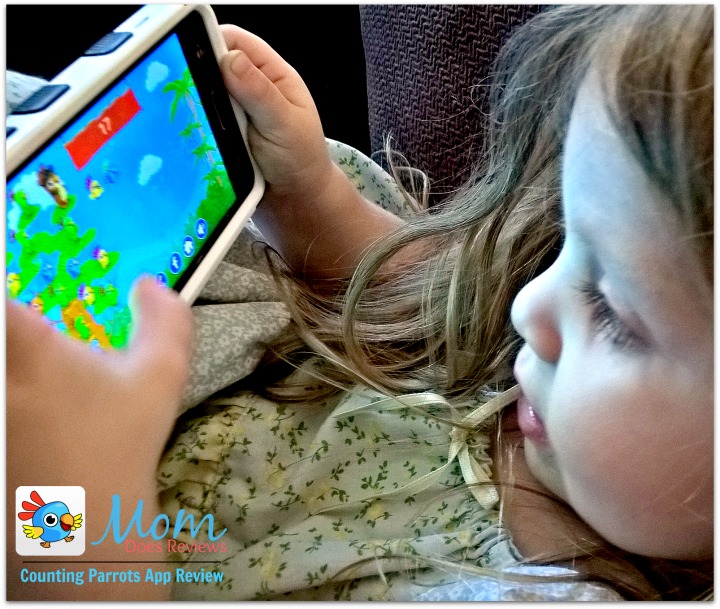 Counting Parrots is available on the following platforms:

The expanded version is only $5.99

Ask Yingele about their teacher discount too!