I was very excited to attend the sneak preview of Suffragette in NYC on behalf of Mom Does Reviews’ Pamela Maynard last week. After reading tweets and online interviews about the film and it’s makers, I still wasn’t fully prepared for what I was about to see. Suffragette is a thrilling, emotional, intense film that will leave you inspired, hopeful, and challenged.

The movie will be expanding across the country in the following weeks until Thanksgiving. You won’t want to miss this film! 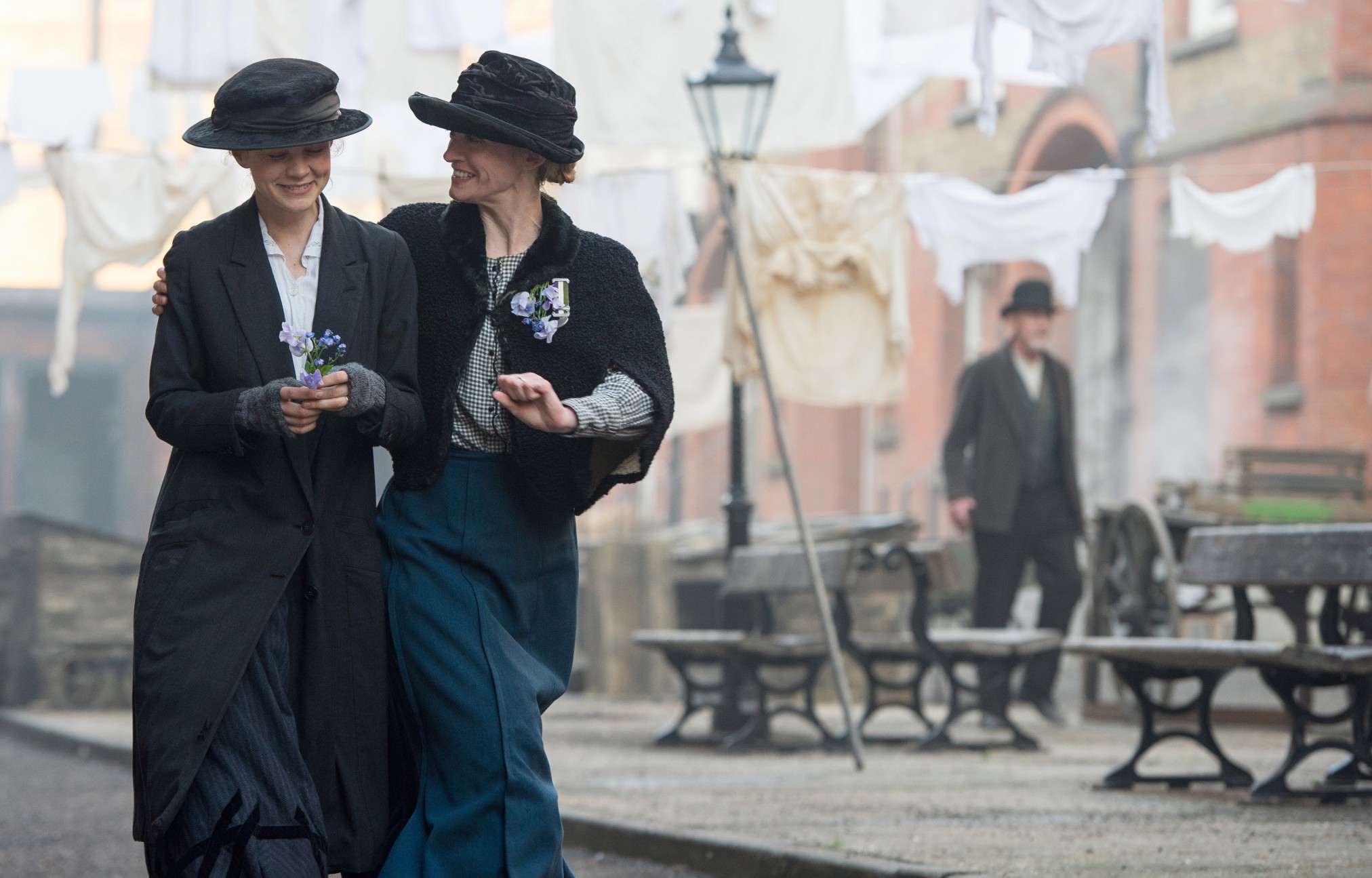 The movie Suffragette is inspired by true events. The women’s suffrage movement has an extensive timeline world wide beginning in the 1830’s and leads up to our current year, 2015. Suffragette is a moving drama exploring the passion and hearbreak of those who risked all they had for women’s right to vote along with thier jobs, homes, children, and even some of their lives. 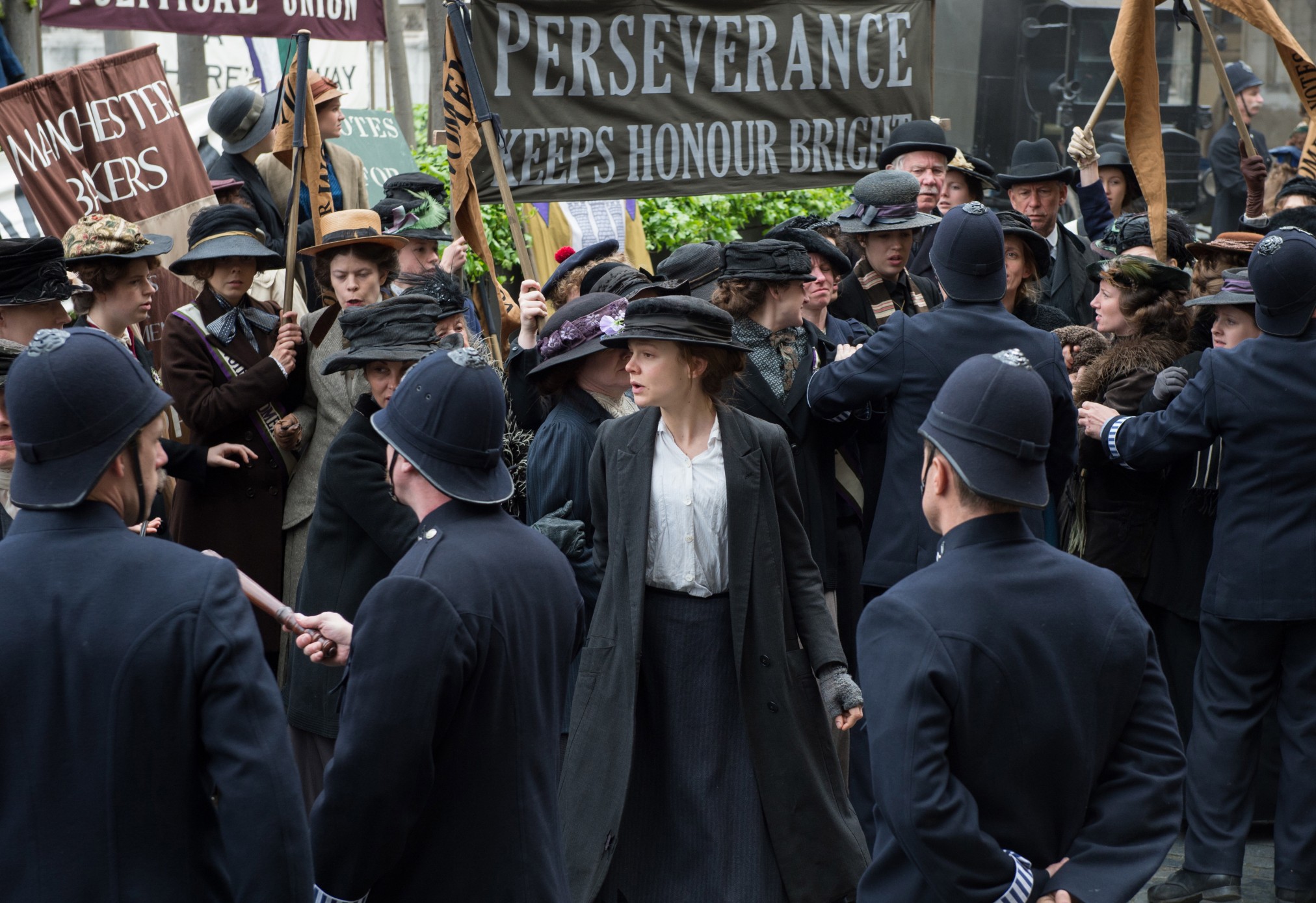 The setting of Suffragette takes place in the early 20thcentury Britain. The story centers on Maud (played by Carey Mulligan), a working wife and mother whose life is forever changed when she is secretly recruited to join the U.K.’s growing Suffragette movement.  She was stirred into action by the outlaw fugitive Emmeline Pankhurst (Meryl Streep). Maud eventually becomes an activist for the cause alongside women from all walks of life.

When increasingly aggressive police action forces Maud and her dedicated fellow Suffragettes underground, they encounter many obstacles and suffer a lot of abuse from the authorities. The women’s civil disobedience escalates after being mistreated for so long and sparks debate across the nation. 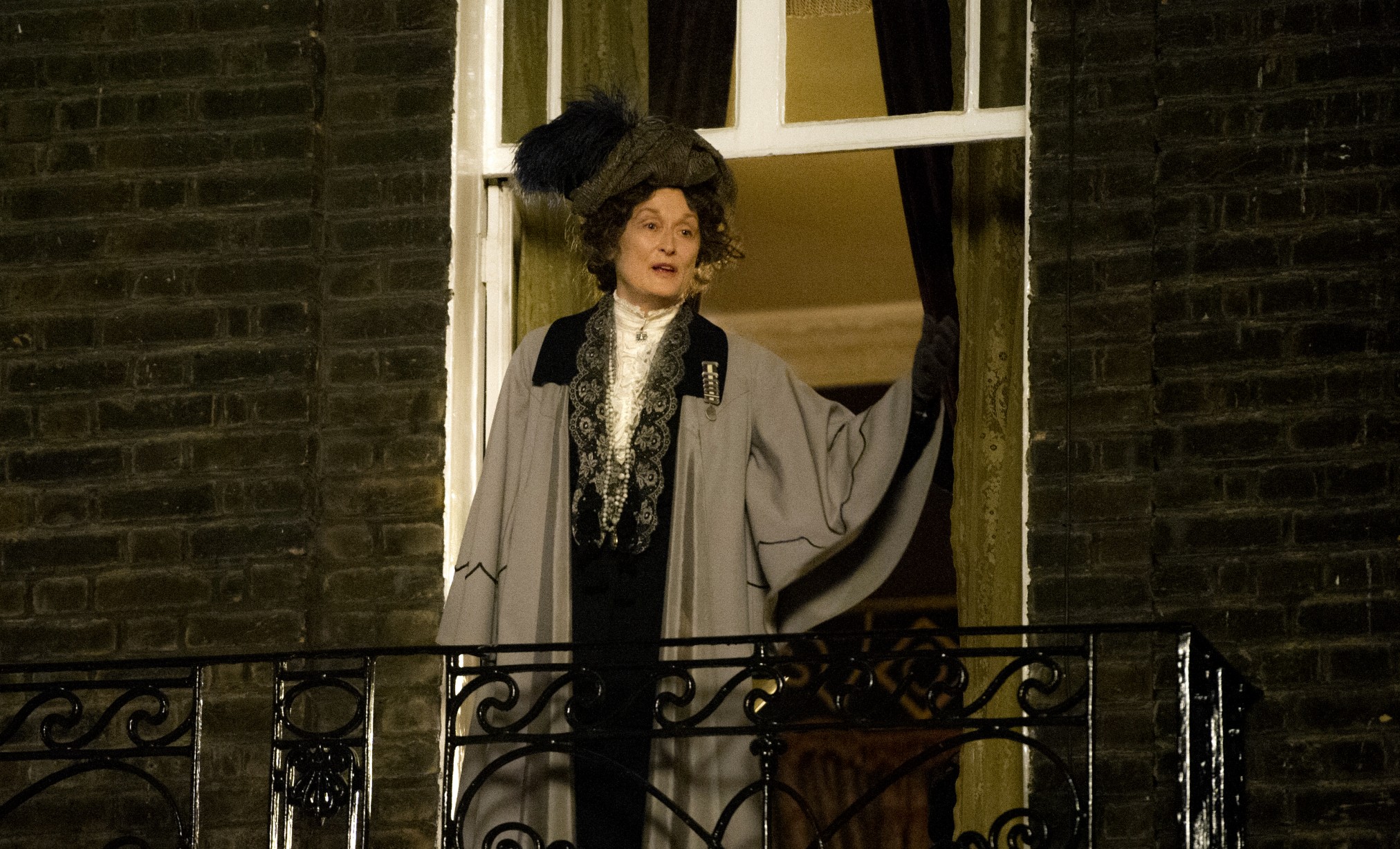 It was war that was fought on our behalf and we reap its rewards today. These women went into unkown territory to try and claim what was theirs. ~ Actress, Cary Mulligan

Quite frankly I was blown away by this film. It was an amazing display of courage and determination.  I took my teenage daughter along to the screening and she was deeply touched as well. The sacrifices that women made and are still making today just for the right to vote and have equality are remarkable.

This film had a deep impact on me. Exercising my right to vote means more now than ever before. I applaud these women for their heroism despite their many struggles. As parents, we need to teach our children the history behind our freedom and rights. It is such a privilege to be able to vote. Unfortunately a lot of young people are growing up in the “selfie generation” today. It is imperative that they know they can make a difference! I urge you to watch Suffragette. I give it 5 stars!

While putting themselves at risk, they worked very hard to avoid loss of life and we delve into that dilemma of “How far will you go?”  ~ Writer, Abi Morgan

Follow the Suffragette film using the hashtags #Suffragette and #Fightsnotover on