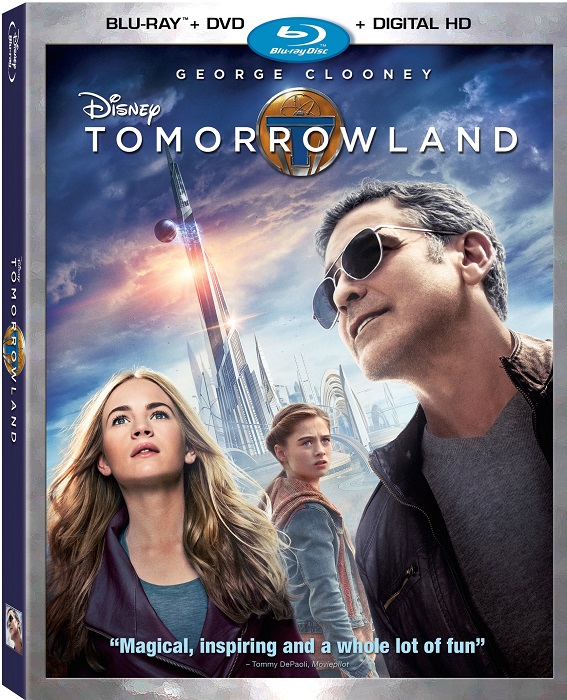 Tomorrowland is coming to DVD in one month!!!

On October 13th, Tomorrowland will be available on Blu-Ray and DVD.  My son has been impatiently waiting for this DVD for months!  He has followed this movie since we first told everyone about it last year.  I cannot wait for him to finally get a chance to see Tomorrowland for himself.   AND I know he will be happy to hear that the DVD and Blu-ray will both include bonus features.  The Blu-ray bonuses are really amazing: diary entries, short films, and deleted scenes.  I don’t know that I have ever seen so many bonus features before!  Check it out for yourself:

The following bonus features are included on the Digital HD/SD*,

Discover everything there is to know about the making of Tomorrowland through Director Brad Bird’s perspective.

Believe it or not but Nix used to host a children’s television program about science. Now watch the recently discover outtakes from the show.

An animated story of how Tomorrowland came to be.

Go back in time and watch this original commercial for the Blast from the Past store.

Deleted Scene 5 – What Happened to Tomorrowland

Deleted Scene 6 – What is Tomorrowland

The following Bonus Features are Included on the Tomorrowland DVD:

Are you ready for Tomorrowland… on DVD?

Preorder it NOW on Amazon