Have you ever tried to recreate the tender, juicy lobster meals you enjoy at restaurants on the East Coast? It’s a challenge when you don’t first seek out fresh, high-quality meat, which is best purchased live. You can do this at some supermarkets, but you’ll generally get better lobsters by ordering online. Make sure you’re getting the best quality meat by looking for these three signs of a delicious lobster.

Look for an Active and Feisty Demeanor 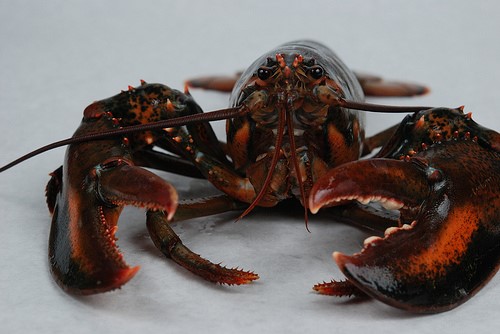 The best indicator of a delicious lobster is an active and feisty demeanor. This is because the more active lobsters provide the most tender meat. If your lobster is lethargic or floppy when it’s touched, the atrophy process has already set in and the lobster meat may not taste as good. In some cases, it won’t even be edible. When buying live lobster, make sure that you’re getting lively lobsters, and try to cook them as soon as possible for the best quality meat.

Lobsters kept in tanks are not as healthy, since by nature, lobsters do not hang out in schools. When they are put in tanks together, they get aggressive and fight, which damages the quality of their meat. Additionally, lobsters kept in tanks are not generally fed well, which leads to natural atrophy and poorer quality meat. That’s a big reason why it’s better to buy from Lobster Place instead of at a supermarket.

Favor the Females Due to Their Size

Most online lobster stores won’t allow you to request a certain gender, but your lobster will be more delicious if you’re lucky enough to get a female. If you’re not finding healthy, live lobster, consider ordering from another online company.

Check Your Lobster’s Eyes and Antennae

Long antennae are an indicator of a healthy lobster that’s fresh and ready to eat. When lobsters are kept in tanks, they often eat each other’s antennae, which signals that they are older and may not taste as good. Your lobster’s eyes should also be clear and bright, since blurry eyes indicate that your lobster is unhealthy.

These are just a few things that will tell you whether you have a good lobster or not. If you’re not satisfied with the quality of the meat you are getting, it’s time to switch to a different live lobster delivery service. Why pay upwards of $50 for lobster and then not enjoy your meal?