Cinco de Mayo is a holiday that calls for celebration and entertaining!  According to History.com, “Cinco de Mayo is widely interpreted as a celebration of Mexican culture and heritage” and revelers in the United States “mark the occasion with parades, parties, mariachi music, Mexican folk dancing and traditional foods.” If you’re among the millions celebrating this year, but need some inspiration for a crowd pleasing fiesta with true Mexican flare, you’re in luck! 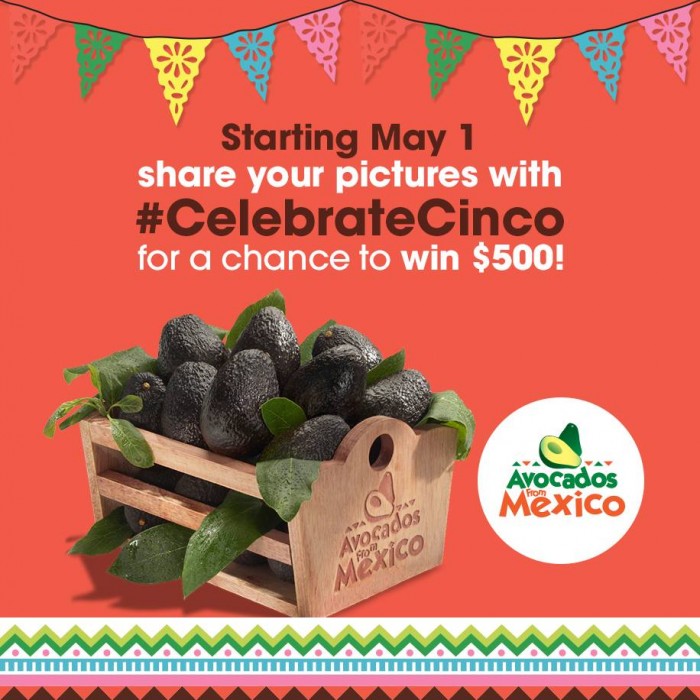 I have some amazing recipes to share with you and a fun video made just for Mom Does Reviews by Chef Pati – from Pati’s Mexican Table- the hit PBS series!  AND and fun contest too!  Keep reading for more delicious recipes! 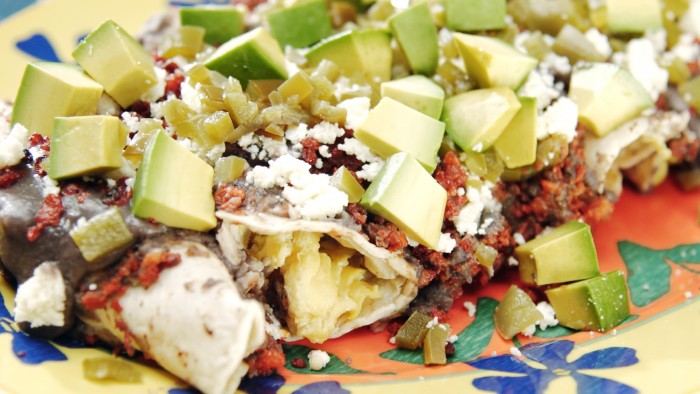 Place the cooked black beans and their cooking broth in a blender along with the sauce from the chipotles in adobo and the chipotle chile if using. Place in a medium saucepan, heat over medium-low heat, stirring occasionally, until very hot. Reduce the heat to the lowest possible setting and keep warm. The puree should have the consistency of heavy cream.

Heat a large skillet over medium heat. Once it is hot, add chorizo, and cook, crumbling as it cooks with a wooden spoon or spatula, until it has browned and crisped, about 5 to 6 minutes, scrape into a bowl, cover and set aside.

Pre-heat a comal or cast iron skillet over medium heat.

Heat the corn tortillas, a pair at a time, in the pre heated comal or skillet, about 30 seconds to 1 minute per side, you want them to be completely heated and even slightly toasted.(Alternatively, the tortillas can be quickly “passed through hot oil”, that is quickly fried, 10 seconds per side, over pre heated oil in a medium skillet over medium heat, then drained). One by one, dip a tortilla in the black bean sauce, and place on a platter, folded. Continue with the remaining tortillas.

When all the tortillas are dipped and folded, pour more black bean sauce on top. Cover with the cooked chorizo and avocado. Drizzle with Mexican cream.

HOW ABOUT A CONTEST?

Are you ready for Cinco De Mayo? Avocados From Mexico wants YOU to show us how you’re celebrating in our #CelebrateCinco contest! 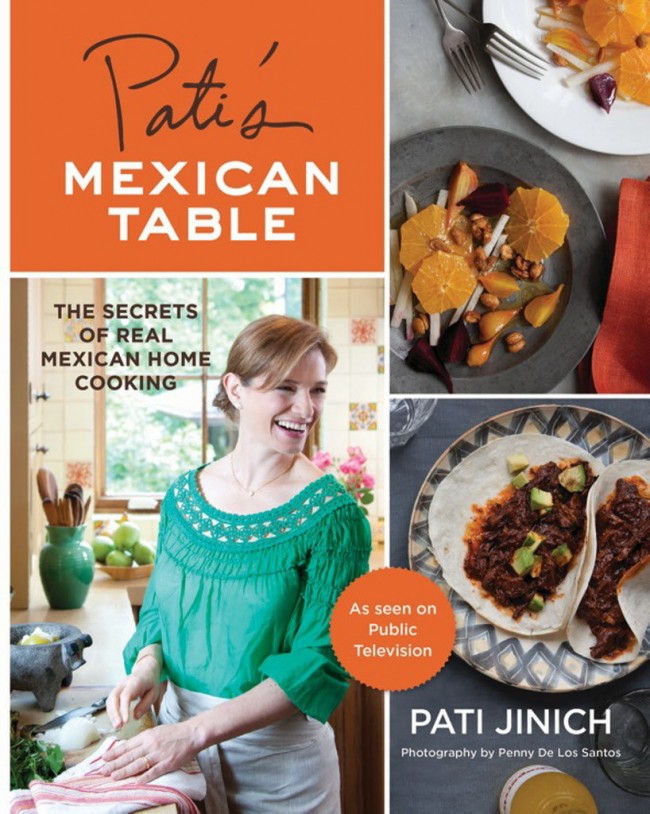 This is my favorite part!  Chef Pati even took the time to answer a few of my questions about Avocados!  Check out the video below!

Do you have any questions about Avocados?  Be sure to leave them in the comments below and I’ll try to find the answer for you!  Here is another great recipe from Chef Pati! 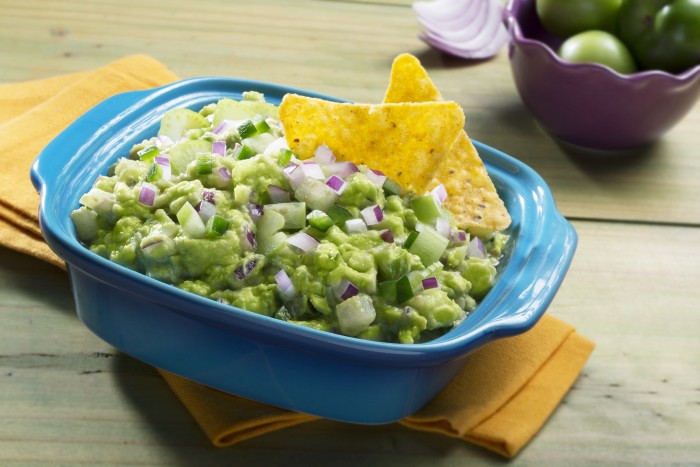 This is a delicious cross between a pico de gallo salsa and a guacamole, so I am calling it a pico de guac. It is mostly green in color, except for the red onion, which adds a welcome pungent note and a sprinkle of color. This pico de guac is also tart, but in a most delightful way and with different kinds of tartness: bright from the tomatillos, crisp from the green apples, and mild from the cucumbers.

I love to use it as a guacamole for an eye-opening appetizer. Yet, it is fabulous ladled as a chunky salsa on top of grilled fish, such as salmon. If you chop the ingredients into bigger bites, it makes for a saucy side salad. Have some left over? Spoon it inside of a chicken or cheese sandwich.

This pico de guac is versatile to no end.

In a large mixing bowl, combine all ingredients and mix well. Taste for salt, and add more if needed. 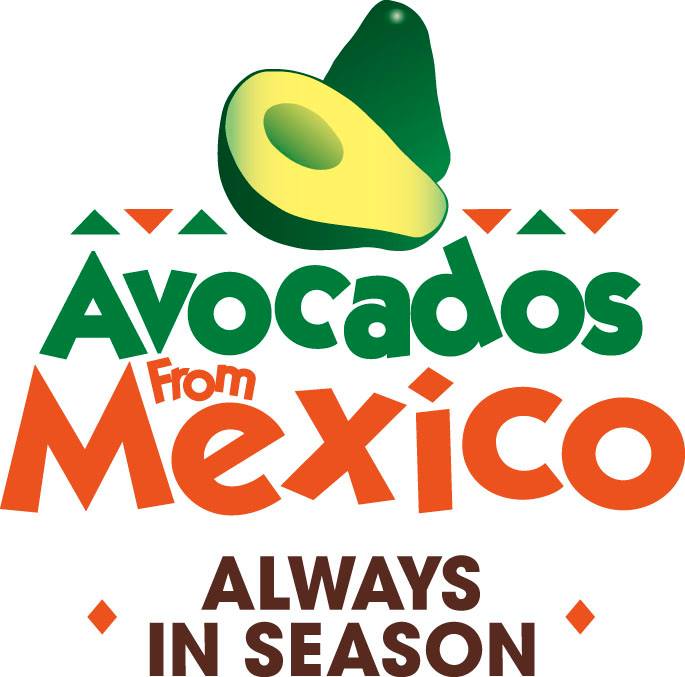 Here are some fun avocado facts for this Cinco de Mayo from Avocados from Mexico:

Many thanks for Chef Pati for participating in this fun Cinco De Mayo post!   Mom Does Reviews thanks YOU!

Born and raised in Mexico City, Pati Jinich is host of the hit PBS cooking series “Pati’s Mexican Table,” which is currently airing its fourth season nationwide (You can find TV listings by zip code HERE. ). She served as a political analyst before jumping into the kitchen. Her first cookbook, Pati’s Mexican Table: The Secrets of Real Mexican Home Cooking was recommended by The New York Times and included in Amazon’s Top 20 2013 cookbooks. Jinich is a regular guest on The Chew, The Today Show, The Talk, All Things Considered and The Splendid Table. She has been featured in The Washington Post, The New York Times, The Chicago Tribune and other leading national and regional press. She has cooked for President Obama at the White House’s Cinco de Mayo dinner.