How to Obtain Citizenship in a New Country

In the modern world it is not uncommon for families to relocate to other countries due to the job market or to be closer to family. Young families may have a need to move abroad for better job opportunities and to be near family that can care for young children while the parents work. Some move away for retirement purposes while others just want to experience an adventure or change of scenery and culture. No matter the circumstances there is a need to know how to obtain citizenship in other countries if you’re planning on remaining there for an extended period of time. 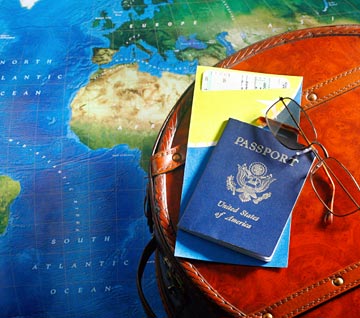 The best way to obtain citizenship in France is by naturalization. Any person over the age of 18 can become a citizen of France by having lived there legally for at least five years. Residency legality means having a residency permit prior to your arrival in France. If you have lived in France for two years with a degree from a university in France, your waiting time for citizenship is reduced to two years. Rendering service in the French army is also a qualification for citizenship without a pre-existing requirement of residency. Once you know your status, you can apply for citizenship by submitting the needed documents to the proper section of the government.

For children to be considered natural citizens of Germany, parents have to have lived in Germany for an extended period time. In the case of a child born in Germany to parents from another country, at least one of the parents has to have lived in Germany for at least eight years or have a permanent residence permit that gives them the right to live in Germany. If a parent has actually been living there for eight years in good standing with the country, they can also petition for naturalization.

There are three components of Canada’s Parliament, consisting of the Queen, who is the Head of State, the Senate, and the House of Commons. This is the governing body that rules the laws of citizenship in Canada. In February of 2014 the government announced that obtaining Canadian citizenship would become harder. These changes will be the first since 1977 and will affect many of the permanent residents of Canada.

Moving Your Family to Greece

In 2004 the Greek Citizenship Code was ratified, stating that citizenship is assured if a child is born to Greek parents, born on Greek soil, or one parent is Greek. Two cases were later added stating that a child born to foreign parents can acquire citizenship by attending school in Greece for six years or if both alien parents have lived in Greece for at least five consecutive years legally and permanently, bearing a residence card as proof. Both parents must also jointly register the child with the public registry no more than three years after birth. Since then, the Greek government has frozen foreign applications for citizenship since November of 2012 with a promise of reviving them in November 2014. This has not yet been confirmed.

To become a citizen of Italy you must adhere to their citizenship legislation. Those who are Italian born and have lost their citizenship can only reinstate through their Italian descendants who are already citizens. They can also be foreigners who apply for Italian citizenship. Other ways to obtain citizenship in Italy are inclusive of automatic acquisition, acquisition by claim, naturalization, pursuant to special laws, and dual citizenship.

In your quest to obtain citizenship in another country, first do your research. The citizenship laws and legislation vary from country to country. Be prepared for lengthy waiting periods and always make sure you have the necessary documents to support your citizenship applications. These precautions will help make your new life abroad one of your best adventures.