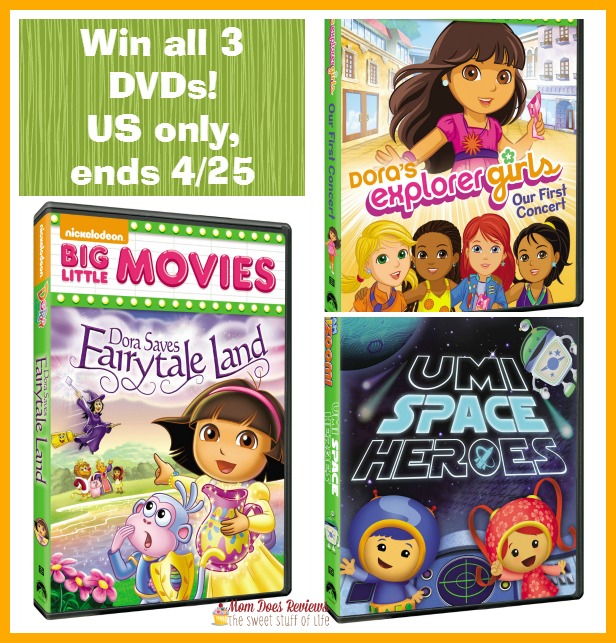 Milli, Geo and Bot are zooming into an out-of-this-world adventure in this brand-new DVD, Team Umizoomi: Umi Space Heroes. When the moon is blown into four pieces by The Trouble Makers, it’s up to Team Umizoomi to embark on an intergalactic adventure and use their math and problem-solving skills to save the moon.

Nickelodeon’s enchanted special, Dora the Explorer: Dora Saves Fairytale Land, is coming exclusively to DVD before its TV premiere. In this extended magical adventure, Dora and Boots must travel deep into the Never-to-be-Seen-Again Forest to the Sparkling Lake in order to bring magic back to Fairytale Land.

Dora the Explorer: Dora Saves Fairytale Land DVD Fast Facts:
S.R.P.: $12.99
Running Time: 45 Minutes
Dora and her Explorer Girls are ready to take the stage in the Dora’s Explorer Girls: Our First Concert! DVD.  However, when their tickets get mixed up with charity donations for the show, Dora, Emma, Kate, Naiya and Alana must embark on a musical adventure through Puerto Verde to get their tickets back and make it to the show on time. International pop star Shakira guest stars and performs her original song “Todos Juntos.”
Dora’s Explorer Girls: Our First Concert! DVD Fast Facts:
S.R.P.:  $12.99
About Nickelodeon
Nickelodeon, now in its 36th year, is the number-one entertainment brand for kids. It has built a diverse, global business by putting kids first in everything it does. The company includes television programming and production in the United States and around the world, plus consumer products, online, recreation, books and feature films. Nickelodeon’s U.S. television network is seen in more than 100 million households and has been the number-one-rated basic cable network for 20 consecutive years.
ENTER TO WIN:
One lucky reader will win all 3 movies!
The giveaway is open to US only, 18+
The giveaway ends 4/25 at 1159p est
Be sure to come back daily for more chances to win. 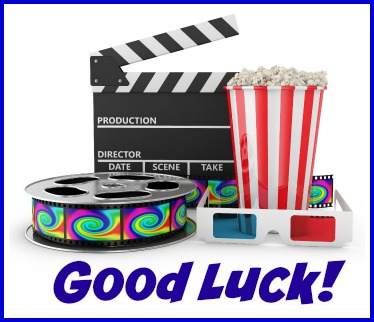