I am a huge Sudoku fan and have been for several years now.  The first time I bought a Sudoku workbook I was hooked, but my kids never caught the hang of it.  With Sudoku Dragon Adventure even my four year old can play Sudoku now!  Yes, even my four year old plays it!  Why does he play it?  Because this game is making Sudoku fun PLUS you want your kids playing Sudoku, right?  Sudoku teaches them about basic number sequence, logical thinking, patterns, concentration, and is a great brain health exercise. 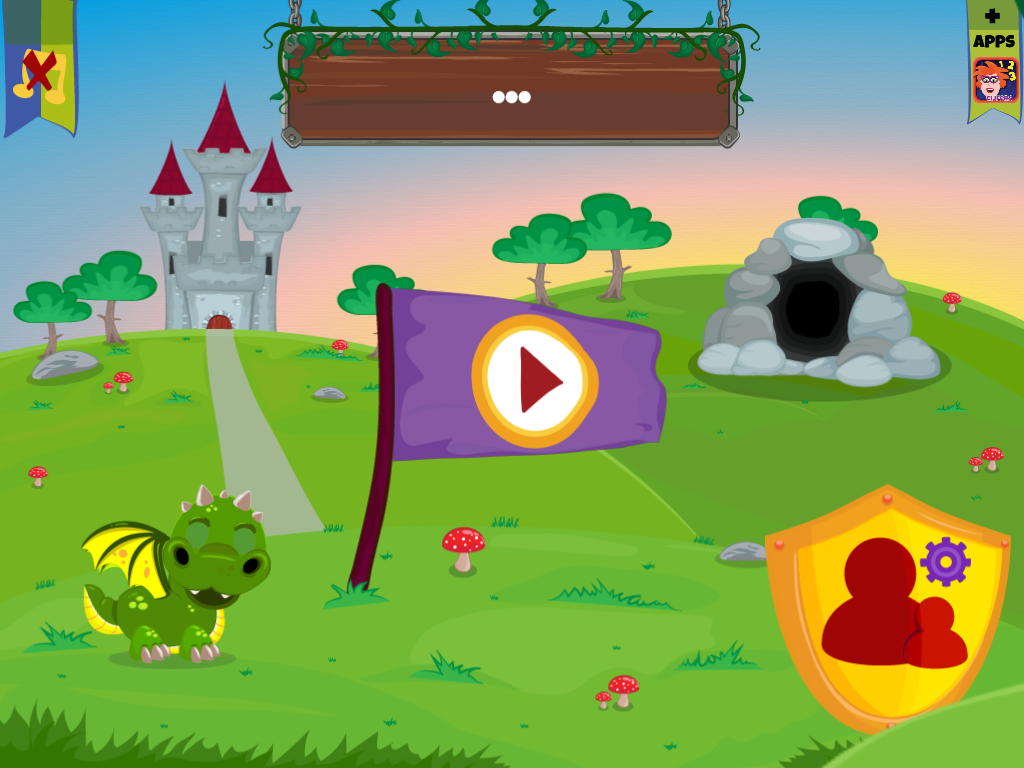 Sudoku Dragon Adventure offers several skill levels and puzzles for various age groups.  The youngest ones can play with pictures instead of numbers.  My Little Guy is a huge castle and knight fan so he got a big kick out of figuring out what would fit in the puzzle:  the kings crown, knight, or the shield? All you have to do is switch the option from the knights or numbers.  Look for the following image on the top right corner of the app to choose your preference (image or numbers): 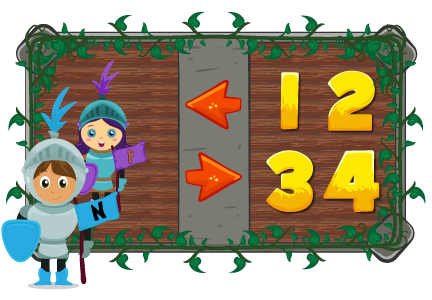 Why “Dragon Adventure”?  That is because there is a friendly dragon that will first appear on the game as an egg. As the player progresses through the game, he will hatch and continue to grow into a “fully grown” dragon.  For every five Sodoku puzzles completed, the dragon will develop more. Even if your child continues to play the same level over and over, the dragon will continue to grow. I think this is a great feature for the little ones who may not be ready to move, but still wants to continue to play and excel at the level they are comfortable with.  How often does your child fall in love with a game that later becomes too hard for them to complete?  This happens to my four year old all the time.  Sudoku Dragon Adventure doesn’t let that happen! 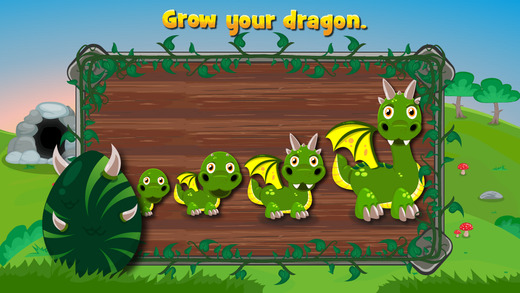 The goal of the game isn’t to “beat” the game as is customary to many video games. With Sudoku Dragon Adventure, when you play all castles in a level you will get a rainbow castle. Whenever you play the final rainbow castle, you will receive a random regenerated Sudoku and a treasure as reward. 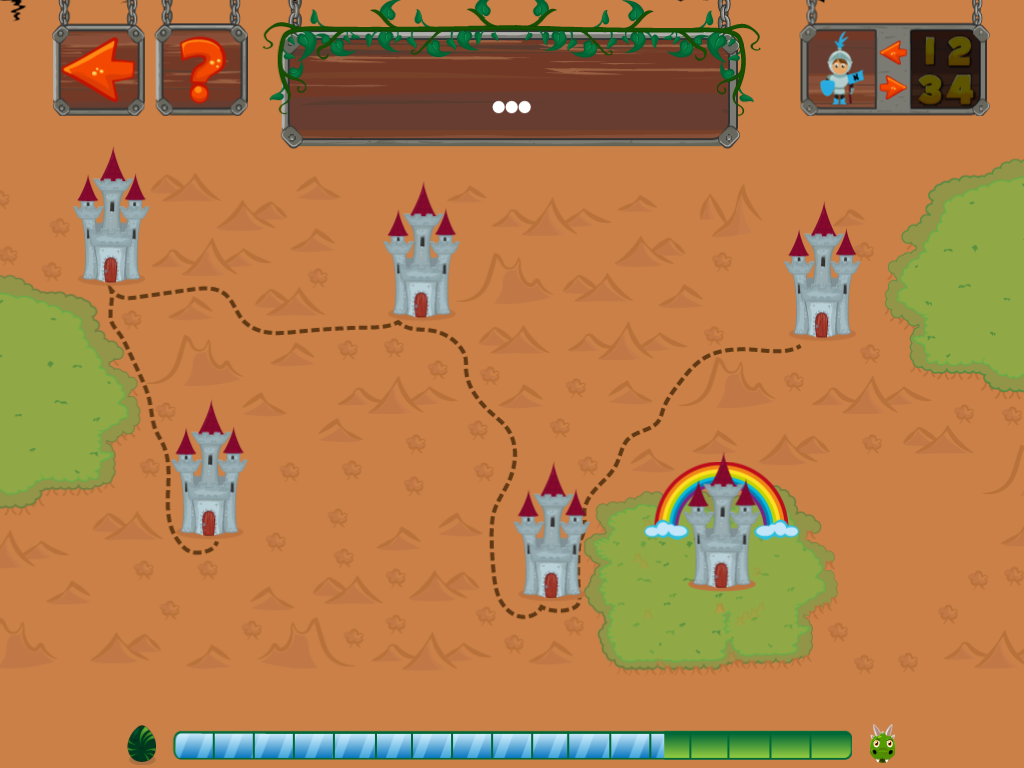 Treasure and dragons: When you complete the rainbow castle for each level you will receive a treasure to add to your collection. As I understand it, there is no “purpose” to collecting treasure.  You can scatter it about the dragon’s cave and move your dragon when you aren’t playing a puzzle, but there is no “result” to doing so.

Hatch your dragon egg and raise the hatchling into its amazing adult form. Collect wonderful treasures in the dragon cave.

This classic game is now specially designed to challenge players of all ages. Kids ages 4 and up can now bend their brain with these logic puzzles. Being encouraged by their dragon they solve the puzzles to collects treasures for the dragon cave.

Sudoku puzzles can be solved by young and old it doesn’t require linguistic or arithmetic skills.

The app offers clear instructions to get into the game easily even without knowing what Sudoku is. 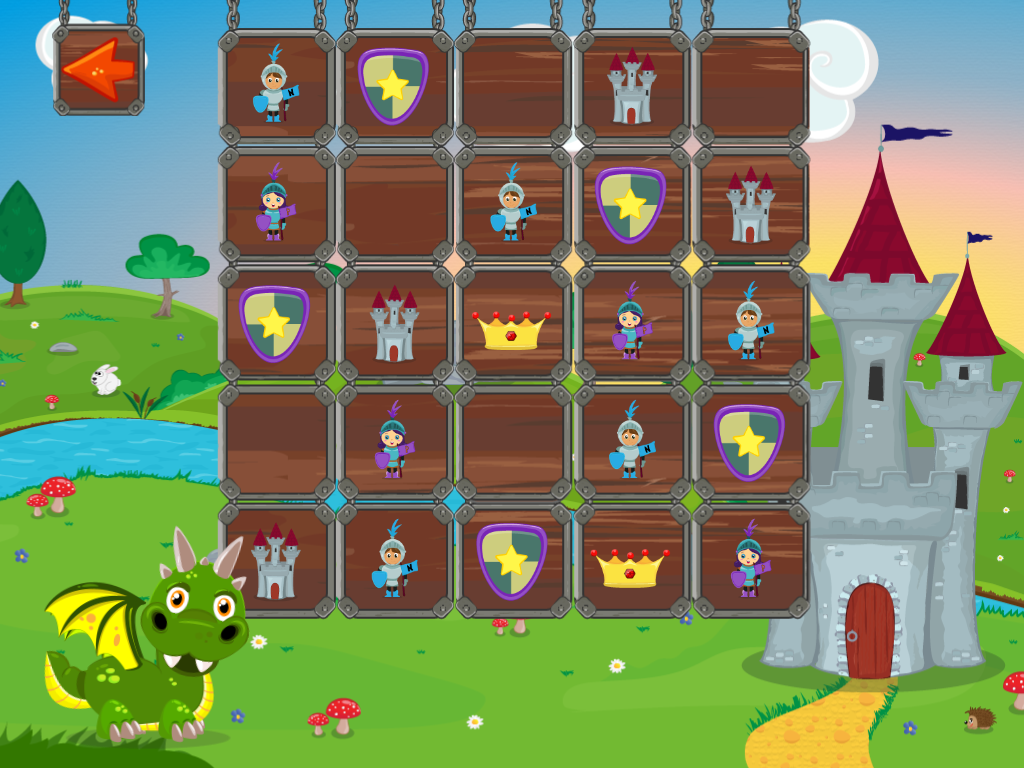 A number or figure may appear only once in each row and column.

A number or figure may appear only once in each block, row and column.

Every Sudoku type offers 3 difficulty levels. You can also choose either numbers or pictures in your Sudoku.

Each family member can enjoy Sudoku on their own level.The whole family can now have a great time exercising reasoning and logical thinking skills.

My kids and I played Sudoku Dragon Adventure for a few days and enjoyed it.  I struggled with the more difficult levels because I have a method I use on paper and I couldn’t use that method on the tablet.  (I should note that this is the first time I have played Sudoku without paper and a pencil.)
My kids took to the game much better than I expected them too, and I was truly surprised to see my four year-old playing as much as he did.  Overall, if you are looking for a way to introduce Sudoku to your children, this is the way to do it!  Start with the pictures/images and once they get the hang of it move on to numbers. 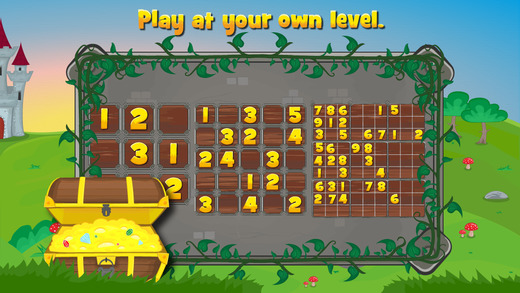 OR download it now on the iTunes Store HERE.

Do you play Sudoku?