Cut the ropes, release candy into Om Nom’s mouth, collect shiny gold stars, and unlock new levels. Read the in-game hints to learn the basics of gameplay for each new level or get help on especially tough puzzles.

Join millions of people around the globe and help the Professor and Om Nom get through these wacky experiments!

Gameplay
Cut the Rope is a puzzle game with a simple premise: a little monster named Om Nom arrives on your doorstep in a box labeled “Feed with Candy.” To satisfy Om Nom’s sweet tooth, simply cut the rope–you’ll find it’s easier said than done when enemies and obstacles await you. 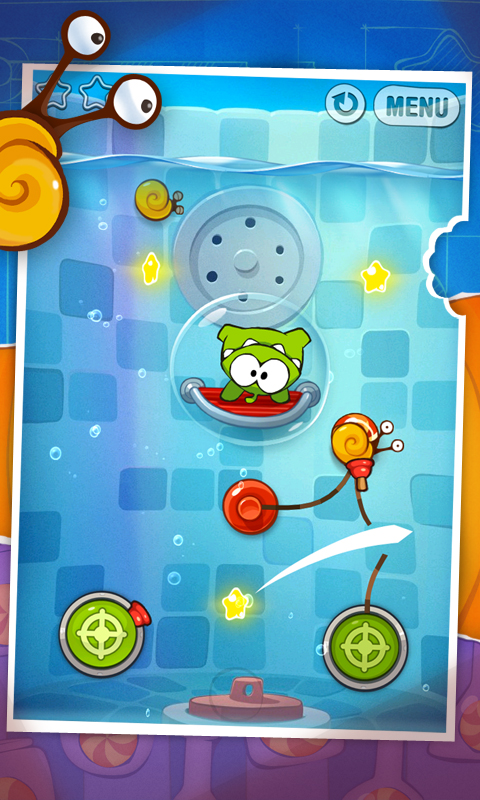