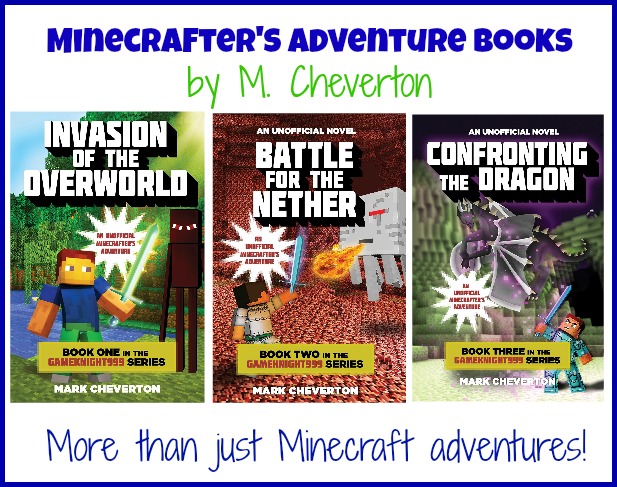 About the Author Mark Cheverton:

Mark Cheverton grew up in Southern California, going through high school, and college. After college, Mark taught high school physics and math for many years. While teaching, he earned a Master’s degree in Physics and conducted research on planetary atmospherics. After moving to the east coast, he started doing research for a Fortune 100 company in the fields of machine vision and additive manufacturing. His first book, The Algae Voices of Azule, was released in 2012, followed by the sequel shortly after.

In the last year, he released the first book in his Gameknight999 Minecraft series – Invasion of the Overworld, followed by Book 2: Battle for the Nether, with Book 3: Confronting the Dragon expected out at the end of October. He is currently working on a new Minecraft series, called The Mystery of Herobrine – A Gameknight999 Adventure.

The world of Minecraft comes to life in this thrilling adventure!Gameknight999 loved Minecraft, but above all else, he loved to grief—to intentionally ruin the gaming experience for other users.When one of his father’s inventions teleports him into the game, Gameknight is forced to live out a real-life adventure inside a digital world. What will happen if he’s killed? Will he respawn? Die in real life? Stuck in the game, Gameknight discovers Minecraft’s best-kept secret, something not even the game’s programmers realize: the creatures within the game are alive! He will have to stay one step ahead of the sharp claws of zombies and pointed fangs of spiders, but he’ll also have to learn to make friends and work as a team if he has any chance of surviving the Minecraft war his arrival has started.

This action-packed tribute to the worldwide computer game phenomenon is a runaway publishing smash and the perfect companion for Minecraft fans of all ages.

The books are great for kids 10 and over that LOVE Minecraft.  My son has started reading them and really loves them.

The main thing I love about these books is how Cyberbullying is brought into the story.  We need to make more parents aware of the dangers of cyberbullying that can even happen during games such as Minecraft. 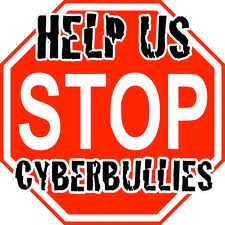 The methods used are limited only by the child’s imagination and access to technology. And the cyberbully one moment may become the victim the next. The kids often change roles, going from victim to bully and back again. Children have killed each other and committed suicide after having been involved in a cyberbullying incident.

Cyberbullying is usually not a one time communication, unless it involves a death threat or a credible threat of serious bodily harm. Kids usually know it when they see it, while parents may be more worried about the lewd language used by the kids than the hurtful effect of rude and embarrassing posts. 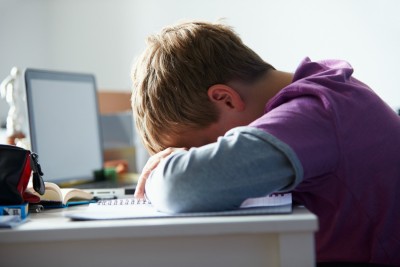 What should you do if you are a victim of Cyberbullying?