Everybody loves the soft comfort of a bean bag, but perhaps none more so than five year-old Jenson Lorey from Penlan in Swansea.

In February of last year, Jenson sparked an extensive search involving the community and emergency services when he went missing from his south Wales home.

His parents contacted the police when they couldn’t find Jenson late on a dark and cold Monday evening, and immediately search and rescue units including trained sniffer dogs and a helicopter unit were scrambled to search the neighbourhood and locate the missing boy.

Members of the local community took to the streets while police conducted a thorough search of the family home, which Jenson shares with his mum, Samantha, dad, Andrew and six year-old sister, Sienna.

Understandably it was a frantic and deeply worrying time for the Loreys. A child going missing is the stuff of every parent’s nightmare and they welcomed help from every avenue possible.

“Everyone who knew me was out looking but even people who didn’t know me were looking too,” said Mr Lorey. Even “the bus drivers were using their radios, and the taxi drivers were all looking.”

Despite the desperate efforts of Jenson’s family, members of the community and police specialists, it was eventually Jenson’s sister who found the missing boy. For some unknown reason, she pulled aside the family bean bag in the lounge an hour and a half after the search began, and found him there, sleeping soundly underneath it! 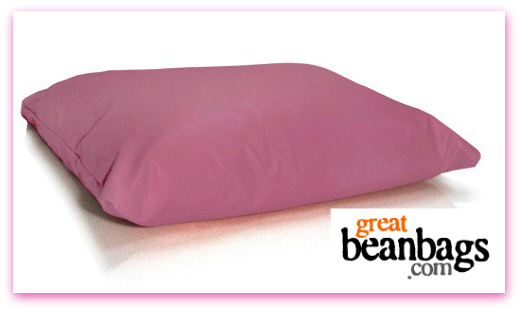 Quite oblivious to the commotion and worry he had caused, Jenson had managed to snooze peacefully through the sounds of his parents calling for him, through the noise of police officers searching the home and through the deafening noise of the wailing emergency service sirens and police helicopters hovering overhead.

In homes all across the UK, people of all ages enjoy a restful nap on a bean bag, but rarely is anyone heard of who chooses to snuggle up for a sleep under the warm and cosy weight of one.

“He was warm as toast,” his mother told the South Wales Evening Post. After such a terrifying ordeal the panic-stricken mum was so relieved that she “was screaming with happiness,” she said. “I just didn’t want to let him go.”

Bean bags have been a hugely popular item of furniture in family homes since the 1960’s, but this is the first known case of a child being so enamoured with one that he has been reported as missing.

It seems that this five year-old had found himself the perfect place to enjoy the deeply satisfying kind of nap most people can only dream of.

If you would like to try and replicate the sleepy contentment of this cosy five-year old, why not invest in a bean bag of your own?

There is a huge selection available from British retailer Great Bean Bags which make anyone, however big or small, unbelievably relaxed and comfortable. Whether you choose to snooze on top, or underneath of yours like Jenson, is totally up to you.