Many dangerous creatures roam our planet. Ranging from malicious insects carrying deadly diseases to evil spiders bent to kill, dangerous pests are everywhere. Children often have a fascination with danger and are often attracted into hazardous situations, especially in the outdoors. Unfortunately, children are also among the most vulnerable. A bite that would only slightly incapacitate an adult can kill a child. Here is a list of pests that could hurt your child that you should tech them to watch out for. 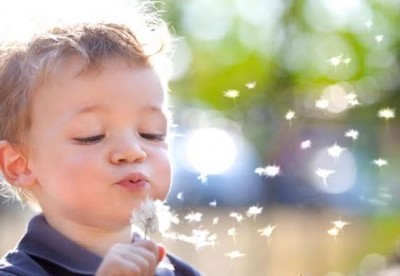 Ticks can be extremely dangerous to humans, particularly to babies and senior citizens. Children can acquire ticks from playing with infected pets. The hard-bodied tick is the tick that most often carries Lyme disease, an ailment that more than 30,000 people report to the Center for Disease Control every year. The tick loves to ride about on hedgehogs, ground feeding birds, mice and household pets until it finds a host. The most dangerous disease carried by ticks is Powassan disease. This disease usually kills 10 percent of its victims and leaves half of the survivors neurologically impaired for life. There is no treatment.

This spider, despite having been maligned as the most poisonous house spider in the U.S., has never been documented as a cause of death. Most bites heal quickly and with minimal scaring. In severe cases, the venom may kill the tissue at the site of the bite, causing necrosis.

The initial pain from the bite of a black widow spider feels like a mere pinprick, but in a few hours the victim may experience relentless cramping, debilitating nausea and severe pain. These spiders are considered to be the most venomous spider in North America, possessing venom 15 times stronger than vipers’ venom. The harm done by black widows is usually not fatal, though it can lead to delirium.

Rattlesnakes are extremely venomous, but they don’t bite unless they are threatened. When a rattlesnake feels threatened, it will warn its predator with its distinctive rattle before striking. Most people bitten by rattlesnakes were bitten while trying to catch or corner a rattler. Rattlesnake venom can cause pain and swelling at the site of the bite, poor vision, nausea and vomiting, seizures, unconsciousness and even death.

These large spiders are very common in the United States, with more than fifty species throughout the nation. Most tarantulas prefer desert climates and live in the west. Many of these spiders are harmless, but it is best to teach children to avoid them all together.

If you are worried about any of these pests, educating your child can help, but it isn’t the only way you can protect them. Look into regular pest control services from companies like Bugman Pest Control Inc. to keep your home and your property safe from these hazardous creatures. Like the old adage says, “an ounce of prevention is worth a pound of cure.”