Black Friday is one of the best days for getting great deals and making preparations for the holidays. Millions of people pour out into the streets before the sun even rises for the best chance to snag a deal on televisions, DVDs, jewelry, and clothes. However, not all of the products that you see as you go through the stores will be the best deals. Here are some products that you should avoid or at least be skeptical of buying. 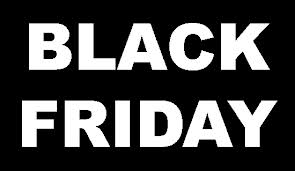 Everyone needs to eat, and a hard day of shopping can bring up the appetite. It’s common knowledge that shopping while hungry makes people more likely to spend more on food purchases, even when it’s just for groceries. As a result, the deals that you see on groceries and food products will generally not be as good a deal as you might think.

Even though jewelry is one of the more common purchases during Black Friday, ABC News warns to avoid buying jewelry at all costs. Stores often mark the products up before Black Friday to far above their typical retail prices. After this, they mark them back down to their regular prices, treating it as a sale. Most of the time, jewelry items will see even more significant decreases in prices after Black Friday. However, the best time to buy jewelry, if you can plan ahead, is after Valentine’s Day. Late February and March are the best times. Even if you target coupons with free shipping, jewelry prices during the holiday season will be highest right at Black Friday with minor decreases in prices leading up to the final weeks of Christmas.

Televisions are another popular purchase item over the Black Friday shopping spree. In fact, a number of stores offer phenomenal deals on televisions. But here’s the catch: the great deals are generally on medium to low quality brands. The high quality television brands will not be going on sale until much closer to Christmas. In some cases, some stores won’t even put the medium brands on sale until closer to Christmas.

Another surprising category you shouldn’t buy from during Black Friday is toys. Toys go up in price steadily leading up to the holiday season. However, Deal News reports that toys generally drop anywhere from 40 to 50 percent in the third week of December, right before Christmas. While this does not reduce the stress and strain of getting your shopping done early, it can save you money. Remember that the advertised sales prices typically follow those of jewelry sales. Prices are marked up initially to allow for an apparent sale.

When you get ready for your Black Friday purchases, you need to make sure that you purchase actual deals rather than fake ones. Saving money requires some research. The stores have started realizing how many people will buy blindly during Black Friday, and so they sometimes slip marked up products in or make it appear as if an item will offer more savings than it does.