Much has been made of the battle between eBooks and physical books. For instance, those who are pro-eBook tend to value being able to carry thousands of books via a small electronic eReader, while the pro-physical book camp shout about their preference for not having to ‘recharge’ their physical book as well as its traditional qualities.

However, it is a simple fact that the eBook has been rising in popularity, sparked by the launch of Amazon’s Kindle eReader. So will it eventually make the act of reading a physical book redundant? 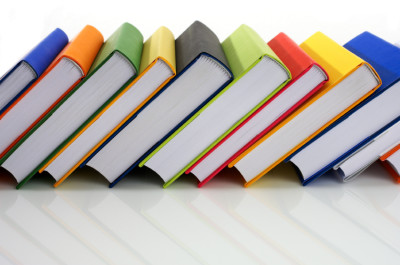 A survey by SurveyMonkey suggests that the war between eBooks and physicals is not much of a battle at all. In fact, the two mediums look to be co-existing perfectly.

Furthermore, just over 50 per cent admitted to purchasing both an eBook and a print book in the last 12 months. Only an incredibly small percentage admitting to solely purchasing eBooks over print books.

However, when it came to the definitive question, ‘eBooks will eventually become the most popular form of book in publishing’, 45 per cent agreed with that statement. Additionally just over 20 per cent ‘strongly agreed’ with the statement and a similar figure claimed to ‘neither agree or disagree’ with the statement, while just over 10 per cent disagreed entirely.

eBooks as a format

Alternative research suggests that eBooks are performing well in some sectors but not as great in others. Purchases of eBooks tend to be skewed towards fiction, with genre novels like thrillers and romances selling particularly well. In addition, mass-market sellers that are traditionally sold in supermarkets or airports are also popular in their digital format.

On the other hand, literary fiction and narrative non-fiction sales are much higher in the print format, suggesting readers of much weightier fare tend to favour physical over digital. The Wall Street Journal believes these types of readers tend to prefer the ‘heft and durability’ that these types of print book can bring.

As a result, it is tough to call whether eBooks will make print books redundant. Digital books appear to be just another format in which to read a book (in the same way that paperback and hardback represent two different platforms) and other figures suggest the purchase of eBooks don’t necessarily have an extraordinary impact on the purchase of print books.

However, the publishing industry has had to make a number of significant changes in order to accommodate this obvious change in consumer needs, in the same way the music industry has had to make changes in the wake of Napster and Spotify. What is unlikely to change is the love of reading or the shape/size of books, suggesting that eBooks and print books have a sensible chance of sitting side-by-side in the market for the foreseeable future.

Written by Authoright (www.authoright.com). Authoright has been helping authors since 2005. We were set up by a writer and book marketing professional who wanted to help fellow writers raise their profiles and promote their books on a national scale. Historically, effective book marketing has been the preserve of well-known authors and as such the media market has been largely closed off to traditionally published mid-list authors, smaller publishing houses with limited budgets and self-publishing companies and their authors.