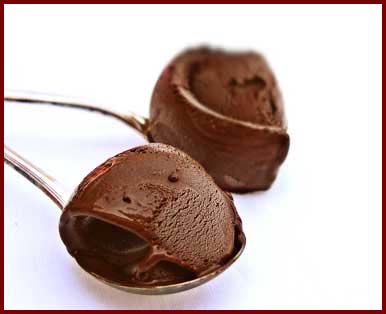 Gelato and its composition

The meaning of the word gelato stands for an Italian ice cream and it is generally referred to as a sweet treat which is served frozen. The ingredient with which the gelato is made comprises of milk, cream, sugar and is usually flavored with fruits and nuts. Italian ice cream gelato is available is more than 100 favors and is made completely with pure and fresh ingredients. Actually gelato is something more than a natural ice cream which is made with a lot of fresh fruits and no preservatives. Also, no artificial flavors and fillers are added in it. As there is very less fat content in gelato, due to addition of natural ingredients, the flavor of gelato becomes much stronger. As a creamier and denser product it can give you much more than ice cream since no air is pumped into it. If you weigh same volume of gelato as well as same volume of ice cream, you can easily see that gelato weighs more than ice cream.

Gelato is a delicious product and often taken after an Italian heavy meal. Due to the colorful appearance of gelato it is visually appealing and hence it is popular form of ice cream. It is a known fact that colorful gelato recipes and sweet desserts are favorite on almost all Italian occasions like wedding, birthday party, entertaining friends and relatives etc. It has made a name for itself in the market and is available in almost all grocery chains as a healthy ice cream alternative. With its bold favors and endless recipes, it is an unique dessert menu for the restaurants which creates an appeal to both our eyes and also our tasteful buds. With very less fat content and fewer calories, gelato provides the perfect substitute for ice cream. There are various types of gelato recipes which are easy to prepare but very delicious to eat. Also, it is light, simple and easily digestive.

It is a known truth that gelato is definitely a healthy ice cream which is low in fat content. It is much more natural as it is made from milk whereas ice cream is made from cream. Gelato contains lower calories than ice cream and contains more favor since it is made from fresh fruits. Gelato contains a high amount of proteins because of milk and nuts which is very essential for human diet. Also due to addition of fresh fruits, it is enriched in vitamins. It is also a great source of calcium as it contains a lot of milk and hence non-milk drinkers can benefit a great deal from eating gelato.