The Magic of Christmas Comes to Justin in a Little Elf named Derek! 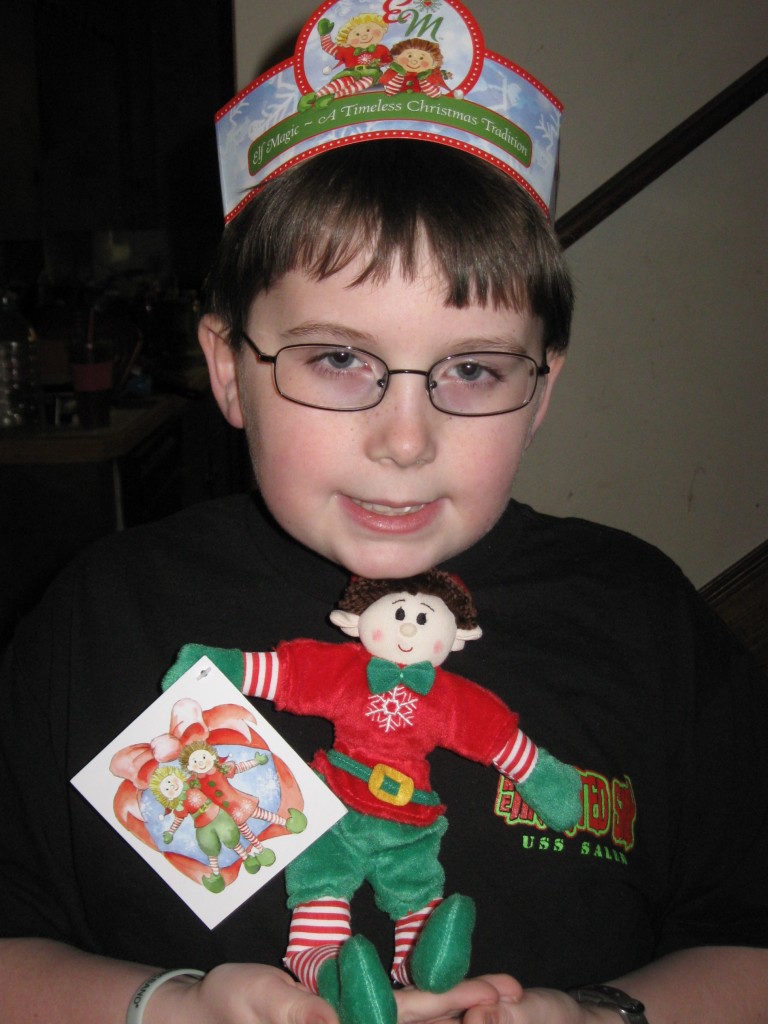 This is the first year we have had the pleasure of Elf Magic in our home!  Justin was very excited when he found Derek yesterday morning, drinking coffee out of my cup, instead of drinking his ice water.  Justin had written to Santa, quite skeptically I might add, asking for an Elf to visit him during the Christmas season.  It was only a few days later that Derek came to visit.  Justin took great care in reading the instructions on the proper care for Derek.  He make sure to sprinkle the snowflakes on him and leave him a snack to give him energy for his nighttime Eflcapades.

Apparently, Derek really likes Justin.  He found his way into Justin’s backpack and is all ready to go to school.  Stay tuned for more fun and mischief with Derek- what will he do tomorrow?? 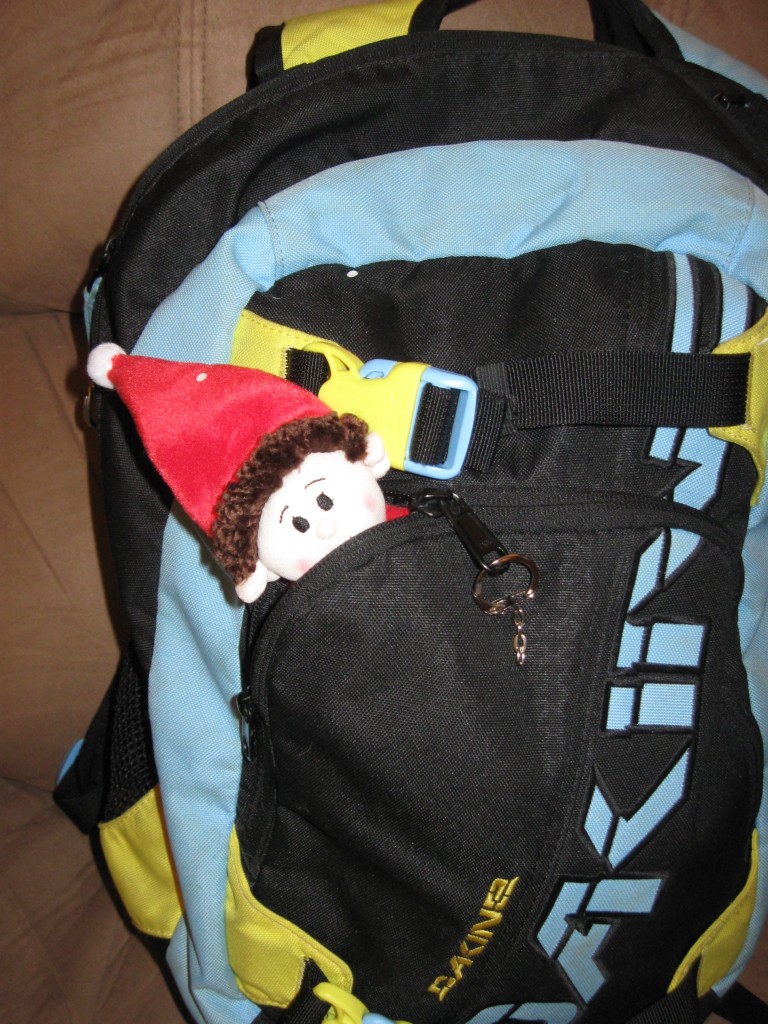 Elf Magic is the booming tradition, where Santa’s Magic Elves visit children’s homes during the Christmas season. The visiting Elf comes to life at night to embark on all kinds of adventures- the remnants of which surprise children when they awake the next morning. Elf Magic Elves are also very sweet and enjoy being held and loved throughout the day. While some of the Elves have mischievous streaks from time to time, Santa knows which Elf will be the best fit for each family. So whether a family wants excitement or simple companionship from their Elf, Santa will make sure the right Elf arrives at their home. For more information, visit www.Elf-Magic.com or call 1-877-Elf-Magic (1-877-353-6244).