The Safest Cars for your Teen Driver

Many parents have fears when their teens first get a driver’s license and want a car. How can you find a car that the teen thinks is cool, but will let you sleep at night? Here is a list of several cars which are top rated from Consumer Reports Top Picks for safety. They recommend that a used car be the first purchase, to help lower costs.
Honda Civic or Accord:
The Honda Civic has won the Car of the Year from Motor Trend Magazine several times, and is a top pick based on safety. This is a popular car with both teens and parents. The Civic has been around for a long time, and is probably the most common used car you will find. The newer Hondas have electronic stability control. All Hondas have a reputation for being safe, but the small size may give some parents pause.

The run from 2006 to 2011 came with anti-lock brakes, front seat side airbags and full length side curtain airbags. The 1.8 l engine with a 5 speed manual was standard, with automatic available. The handling on these cars is very good, with plenty of power for everyday driving. If you want your teen in a larger car, the Accord is the perfect choice. No need for the V6 engine; the four cylinder provides plenty of power. 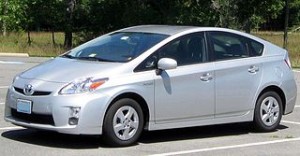 Toyota Camry or Corolla:
Another manufacturer whose models have been topping the safest cars for years is Toyota. Their cars are not only safe, but reliable. The Camry and Corolla have most of the safety features as the Honda Civic, and are equally worth the price, whether new or used. If you feel the Corolla is too small, the Camry is bigger and just as reliable. Reviews for the 2007-2011 models were disappointing when compared with the competition.

The fifth generation car, from 2002-2006, with a roomy cabin the choice of an inline 4 or V-6 engine, and most of the latest safety features received better reviews. The base Camry did not come with anti-lock brakes until 2005, so be sure to ask. Even the older Toyotas, if maintained properly, will last 200,000 miles before major repairs are needed.

Ford Focus:
Another good option for teens is the Ford Focus. It has an excellent crash test rating, but is fun and sporty. Despite the front and side airbags for everyone in the vehicle, the side impact ratings were not quite as high as the top rated vehicles. It won’t last as long as the Toyota or Honda, but is still a safe and reliable car.

Nissan Versa:
With excellent mileage and a modest price sticker, the Versa is an acceptable choice from a safety standpoint. Mileage is estimated at 30 mpg, it has a 1.6 liter engine and 14 inch wheels. A 3 year/36000 mile limited vehicle coverage warranty and a 5 year 60000 mile limited power train warranty make this car a smart purchase for the budget conscious . The sedan received 4 out of 5 stars for over all crash protection, and the hatchback received 3 stars for the same rating. Anti-lock brakes, brake assist, traction and stability controls are standard on the newer models.

Acura TL:
If you can afford it, the Acura TL just might be the perfect car for your teen. A Japanese made vehicle, it is well known for reliability and longevity. The car has the usual safety features ( ESC, airbags all over, four wheel ABS) in addition to its bulk and weight, enabling it to stand up to a serious collision. The TL is easy to drive and control for a new driver, which only adds to its safety. 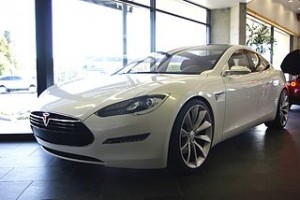 Volkswagen Jetta and Passat:
Volkswagens are designed in Germany, and have heavy frames to survive collisions. Airbags come in front, sides and back. Bucket seats prevent people from being tossed around in an accident, which is the cause of most serious injuries in a collision. According to the IIHS and the Federal NHTTSA, they are consistently safe over the years. Both passive and active systems maximize safety on all Volkswagens. Equipment designed to help avoid a collision, such as four wheel disc ABS brakes, was designed by Volkswagen.

Chris Baker is a freelance writer and blogs for cheapestcarinsurance.org.uk – if you’d like to get a better deal by comparing car insurance rates check out their website for more information. They even offer cheap rates on car insurance for young drivers!